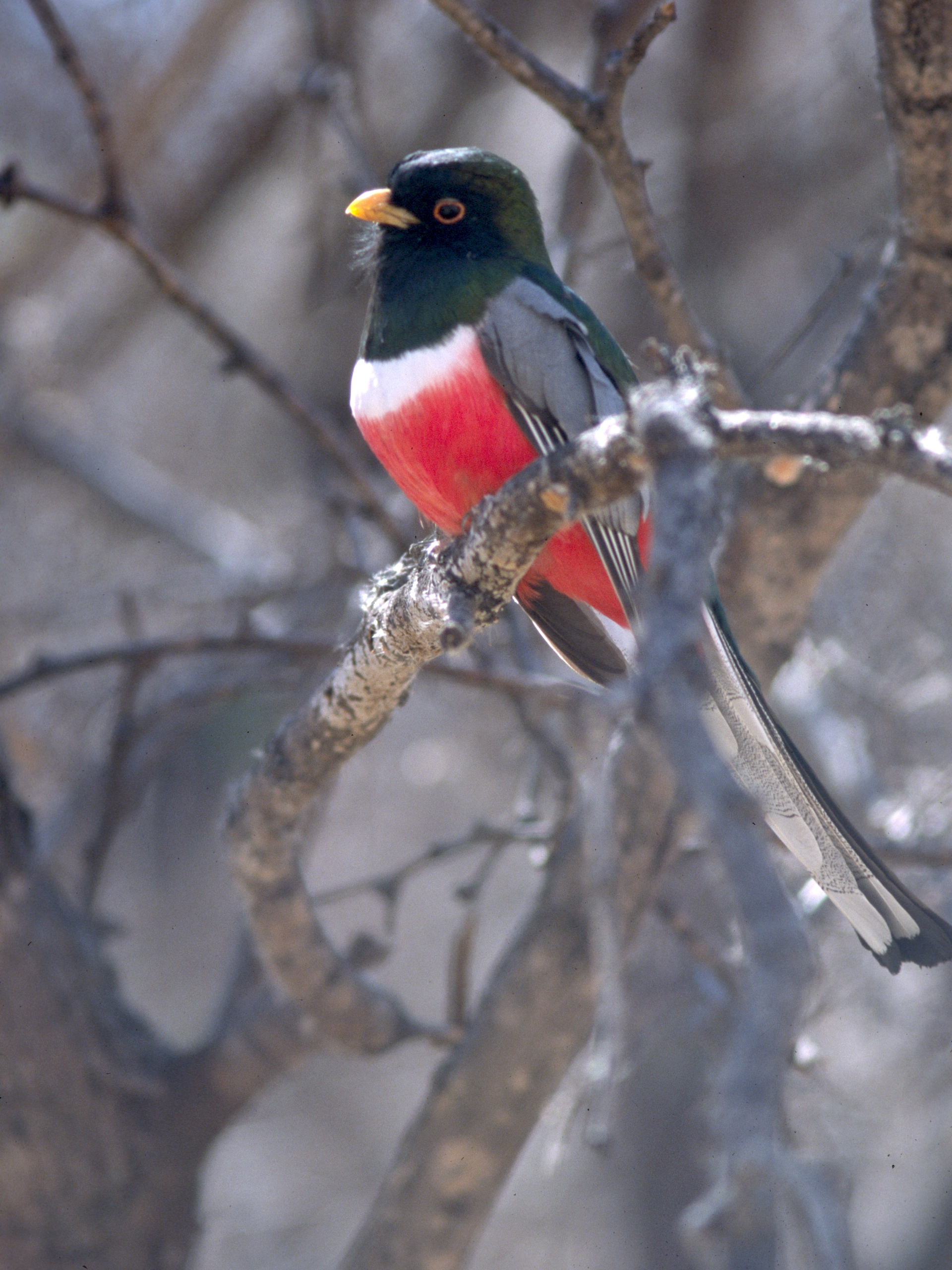 The Elegant Trogon, "Trogon elegans" (formerly the "Coppery-tailed" Trogon), is a in the family. It breeds from southeasternmost in the to northwestern . It occasionally is found as a vagrant in southeasternmost and western .

It is a resident of the lower levels of semi-arid open woodlands and forests. It nests 2-6 m high in an unlined shallow cavity, usuually selecting an old hole, with a typical clutch of 2-3 eggs.

s have distinctive male and female plumages, with soft, often colourful, feathers. This species is 28-30 cm long and weighs 65-67 g. Both sexes have a white undertail with fine hoizontal black barring. The undertail also has large white tips spaced evenly ending in a black terminal band. Both have a yellow bill, orange-red undertail coverts and lower belly, and a white horizontal breast stripe.

The male Elegant Trogon has a metallic deep green head, upper breast and back, black face and throat, and red-orange lower breast and belly. He shows grey upperwing coverts. The female has a metallic bronze head, upper breast, back, upper tail and upperwing coverts. She shows a dull white upper belly, and a small white vertical stripe behind the eye.

The usual call is a croaking "co-ah co-ah co-ah". The trogon will also include some chattering notes.

Elegant Trogons feed on s and fruit, often taken in flight. Their broad bills and weak legs reflect their diet and arboreal habits. Although their flight is fast, they are reluctant to fly any distance. They typically perch upright and motionless.