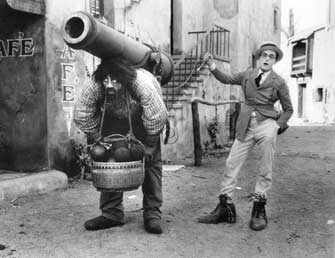 John Aasen (, - , ) was an American who was one of the tallest actors in history.

Born in , Aasen's mother, Kristi (Danielsen) from in , [ [http://www.bfk.no/html/saksdok/13154070.html Johan Aasen - culture and travel industry project in Rollag municipality] , county municipality no icon] was an extremely tall Norwegian woman of around 2.20 m (almost 7 ft 3 inches) in height. (Latest information sept. 2008, sets her height to 188 cm) It is not certain who his father was, because his mother kept it a secret for her entire life. According to some sources, his father was Nils Janson Bokke, a Swedish man of around 2.44 m (8 ft) tall. (This canno't be right, the Kristi Danielson that was married to Nils Janson Bokke (Bakke) was Johns mothers aunt, she and Nils Janson moved from Norway to America in 1867.

When Johan was ten years old, Aasen and his mother moved from [Ridgeway, Iowa] (where Johans uncle Sam/Sevre lived with his wife Cornelia)] to with his two younger siblings.

When in Sheyenne, Aasen's mother operated a restaurant. He attended school and helped out in the family business. In 1902, Aasen's mother passed away. He was taken in to many homes and families . When a family he was staying with started to operate a hotel in , he moved with them there. Aasen's growth started slowly. When he was confirmed in the faith in Grandfield Lutheran Church near Sheyenne, North Dakota, he was the shortest in his class. According to some sources, Aasen was around 2.73 m or 8feet, 11 1/2 inches (which, if true, would make him taller than even Robert Wadlow).

In june 2008 Dr. Kerby Oberg of Loma Linda Univ. confirmed that the 7,2' skeleton they had in their collection, was Johan Aasen. This together with Dr. H. Grays published "The Minneapolis Giant" from may 1937- where Johan is measured to 7'brings Johan to a height between 7 and 7.2'

In 1922, Aasen was offered an acting job in a film called "" (produced by and released in 1923) alongside the superstar comedian . Later, he acted in several other films like "Bengal Tiger", "Charlie Chan at the Circus", "Growing Pains", "Should Married Men Go Home?", "Legionnaires in Paris", "Two Flaming Youths", "The Sting of Stings", and "Long Fliv the King".

Aasen died August 1. 1938 at Mendocino State Hospital from pneumonia in . His body was later shipped to Dr. Humberd in Missori for study and dissection. The skeleton was kept by Dr. Humberd, but after his death shipped to Loma Linda CA. John's cremated softparts was sent to a Masonic funeral at Forest Lawn Cemetery in Glendale CA.