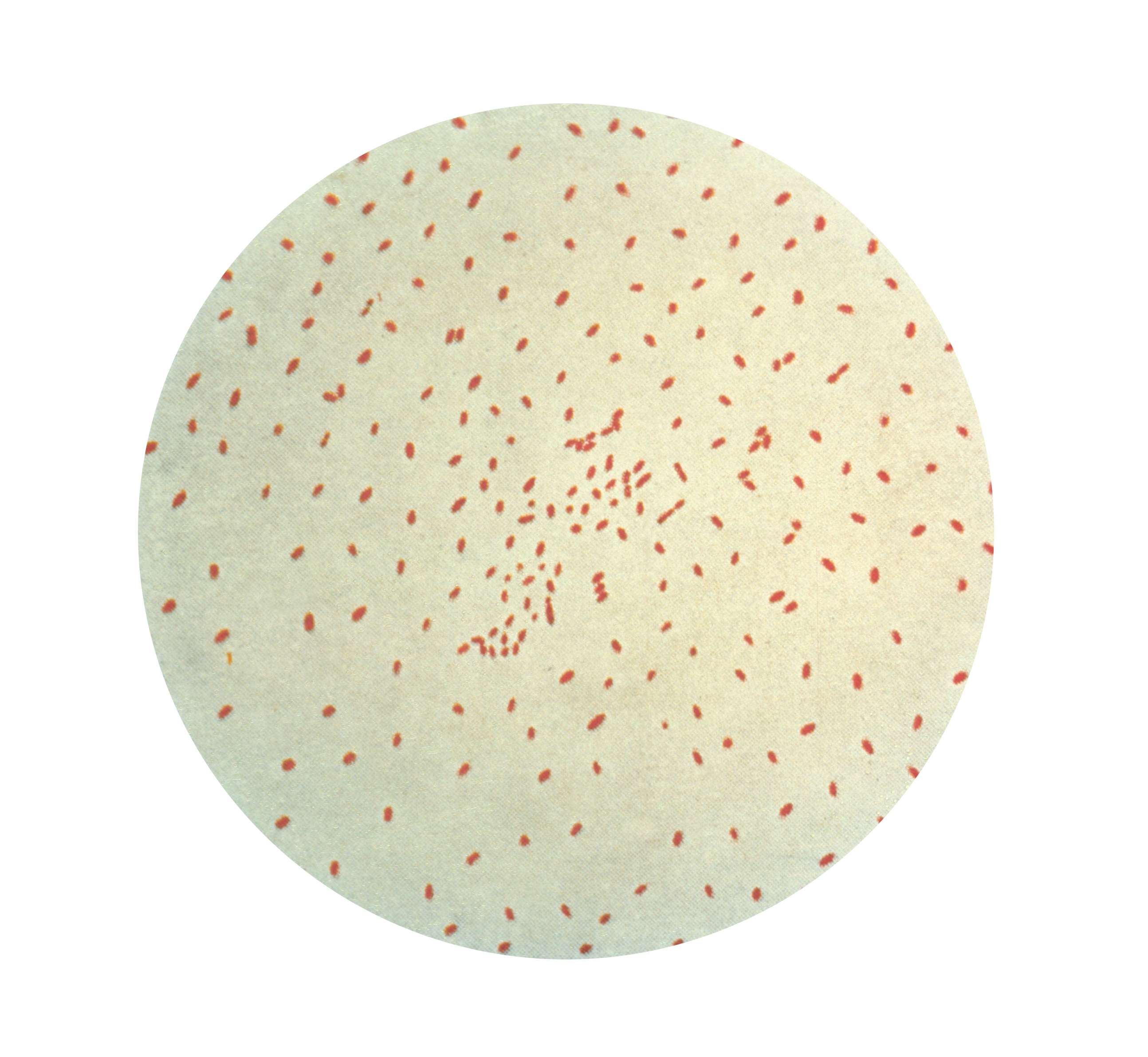 "Bordetella pertussis" is a , of the genus "", and the causative agent of or whooping cough. Unlike "B. bronchiseptica", "B. pertussis" is non-.

There does not appear to be a reservoir for "B. pertussis"&mdash;humans are its only host.

The bacterium is spread by coughing and by nasal drops. The incubation period is 7-14 days.

(or ), is an infection of the respiratory system and characterized by a “whooping” sound when the person breathes in. In the US it killed 5,000 to 10,000 people per year before a vaccine was available. has transformed this and between 1985-88 fewer than 100 children died from pertussis. Worldwide in 2000, according to the WHO, around 39 million people were infected annually and about 297,000 died. A graph is available showing the dramatic effect of introducing [http://www.hpa.org.uk/infections/topics_az/whoopingcough/gen_info.htm vaccination in England] .

The infection occurs most with children under the age of one when they are immunized or children with faded , normally around the age 11 through 18. The signs and symptoms are similar to a : runny nose, , mild , and low-grade . After a spell, they might make a “whooping” sound when breathing in or vomit. Adults have milder symptoms, like prolonged coughing without the “whoop.” The patient becomes most contagious during the stage of infection, normally 2 weeks after the coughing begins. It may become airborne when the person coughs, sneezes, or laughs. is part of the DTaP (, , acellular ) . The cough precedes a crowing inspiratory sound characteristic of . (Infants less than 6 months may not have the typical whoop.) A coughing spell may last a minute or more, producing , and . A prolonged cough may be irritating and sometimes a disabling cough may go undiagnosed in adults for many months.

"Bordetella pertussis" also produces a lymphocytosis-promoting factor, which causes a decrease in the entry of lymphocytes into lymph nodes. This can lead to a condition known as lymphocytosis, with a complete count over of 4000/μL in adults or over 8000/μL in children.

A nasopharyngeal swab is sent to the laboratory for (Gram negative, coccobacilli, no arrangement), growth on or plate with added to select for the organism, which shows mercury-drop colonies.

The organism is positive, but , , and negative. It is also non-motile.