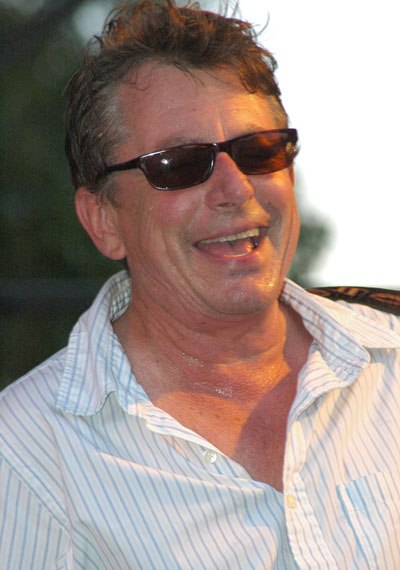 Joe Ely (born in ) is an American singer, songwriter and guitarist whose music touches on , country and .

He has had a genre-crossing career, performing with , , and in addition to his early work with and more recent acoustic tours with , , and .

Ely spent his formative years from age 12 in .

Shortly after attending , in 1970, with fellow Lubbock musicians and , he formed . According to Ely, "Jimmie [Gilmore] was like a well of country music. He knew everything about it. And Butch was from the folk world. I was kinda the rock & roll guy, and we almost had a triad. We hit it off and started playing a lot together. That opened up a whole new world I had never known existed."

In 1972, the band released their first and&mdash; until 2002's "Now Again"&mdash; only album, but have appeared together on each other's albums. Since the band's initial break-up just after their first album was cut, the three musicians have followed individual paths.

Ely's own first, self titled album, was released in 1977.

The following year, his band played London, where he met group . Impressed with each other's performances, the two bands would later tour together, including appearances in Ely's hometown of Lubbock, as well as Laredo and in Mexico, across the border from . Ely would contribute backing vocals on the Clash single "" from "" (1982), and Ely's "" includes photos of Clash member performing as a guest with Ely's band.

Throughout his career, Ely has issued a steady stream of albums, most on the MCA label. Ely's energetic live performances have become legendary, and he has released a live album roughly every ten years (the last was "LIVE Cactus" in 2008).

In the late 1990s Ely was asked to write songs for the soundtrack of 's movie , which led to re-forming with Gilmore and Hancock. A new album from the trio followed in 2002, with a third in 2004.

In February 2007, Ely released "Happy Songs From Rattlesnake Gulch" on his own label, Rack 'Em Records. Ely said in an interview with that he thought it would be easier to release the material on his own label instead of dealing with a regular record label and their release cycles. A book of Ely's writings, "Bonfire of Roadmaps", was published in early 2007 by the University of Texas Press. In early 2008, Ely released a new live album featuring Joel Guzman on accordion recorded at the Cactus Cafe in Austin, Texas late 2006.

The Flatlanders are working on a new album as well.