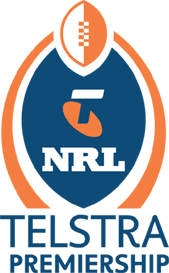 imagesize = 100px
caption =
teams = 15
premiers =
count = 8th
minor premiers =
mpcount = 16th
matches = 189
points = 9086
attendance = 2942231
top points scorer = (342)
top try scorer = (23)The year 's season was the 97th season of professional in , and the seventh run by the NRL. Fifteen clubs competed for the Premiership. Eventually the Bulldogs defeated the in the grand final and in doing so claimed their eighth premiership.

The beginning of the season was largely overshadowed with several Bulldogs players questioned by police in relation to an alleged rape of a 20-year old Coffs Harbour woman. An independent investigator, former New South Wales chief of detectives, would later fail to find any evidence of misconduct on behalf of the players, and no charges were pressed.

It would not be the last unsavoury headline for rugby league in 2004, with a crowd incident at a Bulldogs-Roosters game on , whilst two State of Origin players were stood down from the squad on for unprofessional conduct.

During a match between the Broncos and the Tigers, the Broncos fielded 14 men at one stage of the match. In the 60th minute, Brisbane's was taken off the ground after being KO'd by Tiger . In the interim, Corey Parker was brought on, with Webcke still being assisted off. Parker immediately scored off a pass and started a Broncos revival (they trailed 24-8 at halftime) which later saw them win 24-32. But, an ensuing investigation led the Broncos to be stripped of two competition points, which were reinstated weeks later.

Several players and coaches also made the headlines for the wrong reasons. walked out on the Parramatta club after the first round citing burnout and dissatisfaction with living in , and would later move to the UK for a successful career. Coaches Daniel Anderson and would have their contracts terminated at the and respectively.

was injured in Newcastle's third game of the season against Parramatta, and subsequently missed the remainder of the season. The Knights missed the finals of the NRL for the first time since 1996.

2004 was also notable for the emergence of teenage players (Bulldogs) and (), and their performances, mature beyond their years, would be critical to the fortunes of their clubs.

All four clubs which had players sent off did not win their matches. The Sharks, Roosters, Storm and Knights all lost in rounds 4, 13, 19 and 24 respectively when they had 12 men on the field.

The qualified for the finals for the first time in their ten-year history, and shocked everybody by finishing just one game short of the grand final. During the finals, they won their first ever game against Queensland rivals, Brisbane, thus ending the career of Broncos stalwart . Also retiring in 2004 were , , , and .

The Roosters made it to the Grand Final for the third consecutive season, however the Bulldogs ended their season of wildly fluctuating fortunes with a 16-13 win over Sydney in the last match played of superstar Brad Fittler's glittering 15-season career. Maligned for their disreputable pre-season and incidents of unseemly conduct by players and fans, the Bulldogs showed resilience and character to take out their first premiership since 1995.

The Bulldogs didn't have the title secure until the final seconds when second-rower Andrew Ryan ankle-tapped runaway Rooster Michael Crocker in a match-winning play. Ryan took over the captaincy from departing prop Steve Price who was ruled out days before the decider after tearing his medial ligament the week before.

It was the Roosters' second consecutive grand final loss.