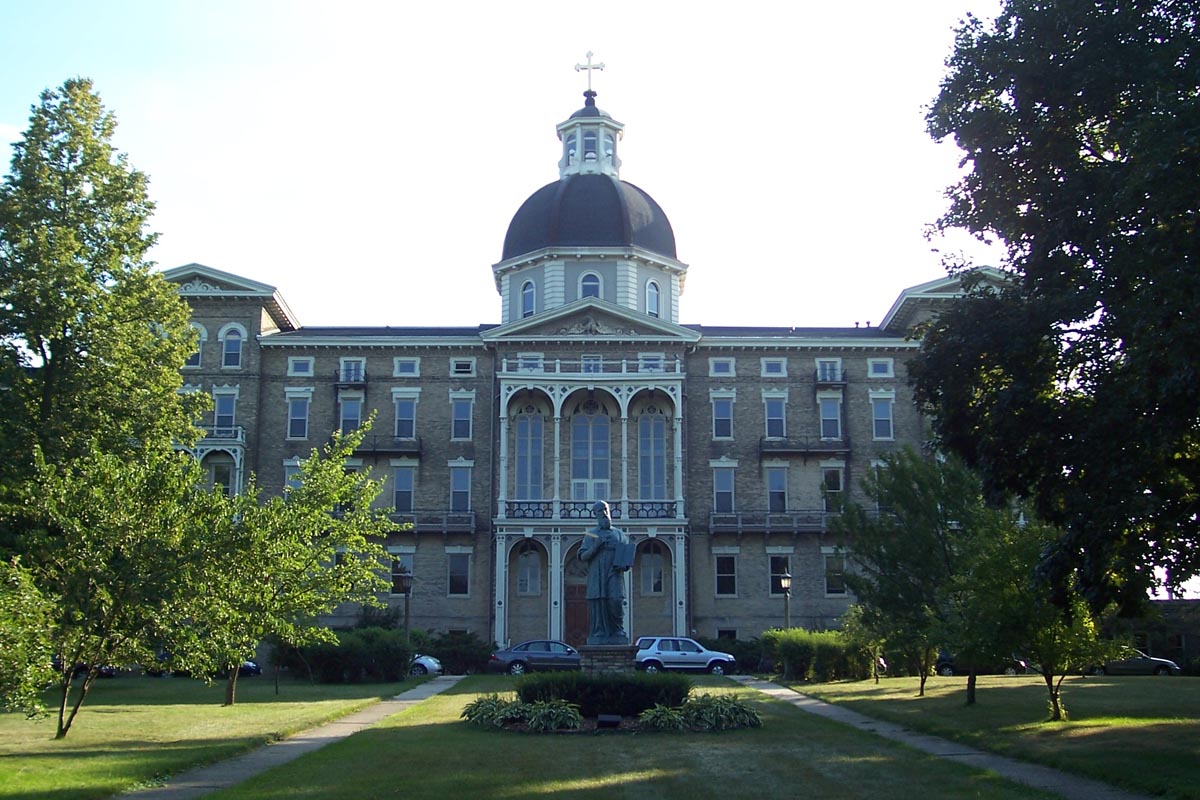 St. Francis Seminary is a seminary for the , located in the Milwaukee suburb of . Its main building, called Henni Hall, is listed on the .

The seminary was dedicated to , seventeenth-century and saint of the .

The Seminary was founded in 1845 in the home of Archbishop , two years after the Archdiocese was established in Milwaukee. It is one of the original Roman Catholic seminaries in the United States, and the oldest in continuous existence.

Henni Hall was dedicated on , after a new location was chosen for the seminary along the south shore of Lake Township. This building was expanded in 1868 and later renovated in 1989. Christ King Chapel within Henni Hall was consecrated in June 1861 by Archbishop Henni. Archbishop , who served as rector, is buried beneath the chapel. [ [http://www.sfs.edu/history.html Saint Francis Seminary - Our History ] ]

Over the past 160 years St. Francis Seminary has graduated over 4,000 priests, and over 400 deacons and lay ministers. The institution is accredited by the (ATS) and offers a broad range of programs, from masters degree level formation to certificates in lay ministry.

Church land accounts for a significant portion of the City of St. Francis. On the grounds of St. Francis Seminary is a large undeveloped area known as the "Seminary Woods". It is open to the public and hosts a small cemetery and grotto honoring , which is shared with the neighboring . Archbishop Frederick Xavier Katzer is also buried here.

Our Lady of Lourdes Grotto

The Our Lady of Lourdes Grotto was built by German born while training at the seminary in 1894. During his studies he contracted double pneumonia and promised the he would build a grotto in her honor, once he recovered. This monument can be found in the St. Francis Seminary wooded area. It is free for anyone to view.

Standing a mere ten feet tall, this grotto was Dobberstein's first attempt at grotto building. He used the knowledge and skills gained during its construction to build other grottos in and , including the massive found in . It is believed to have inspired (who also attended St. Francis Seminary) to build the in in 1930 and started the grotto building movement in America.