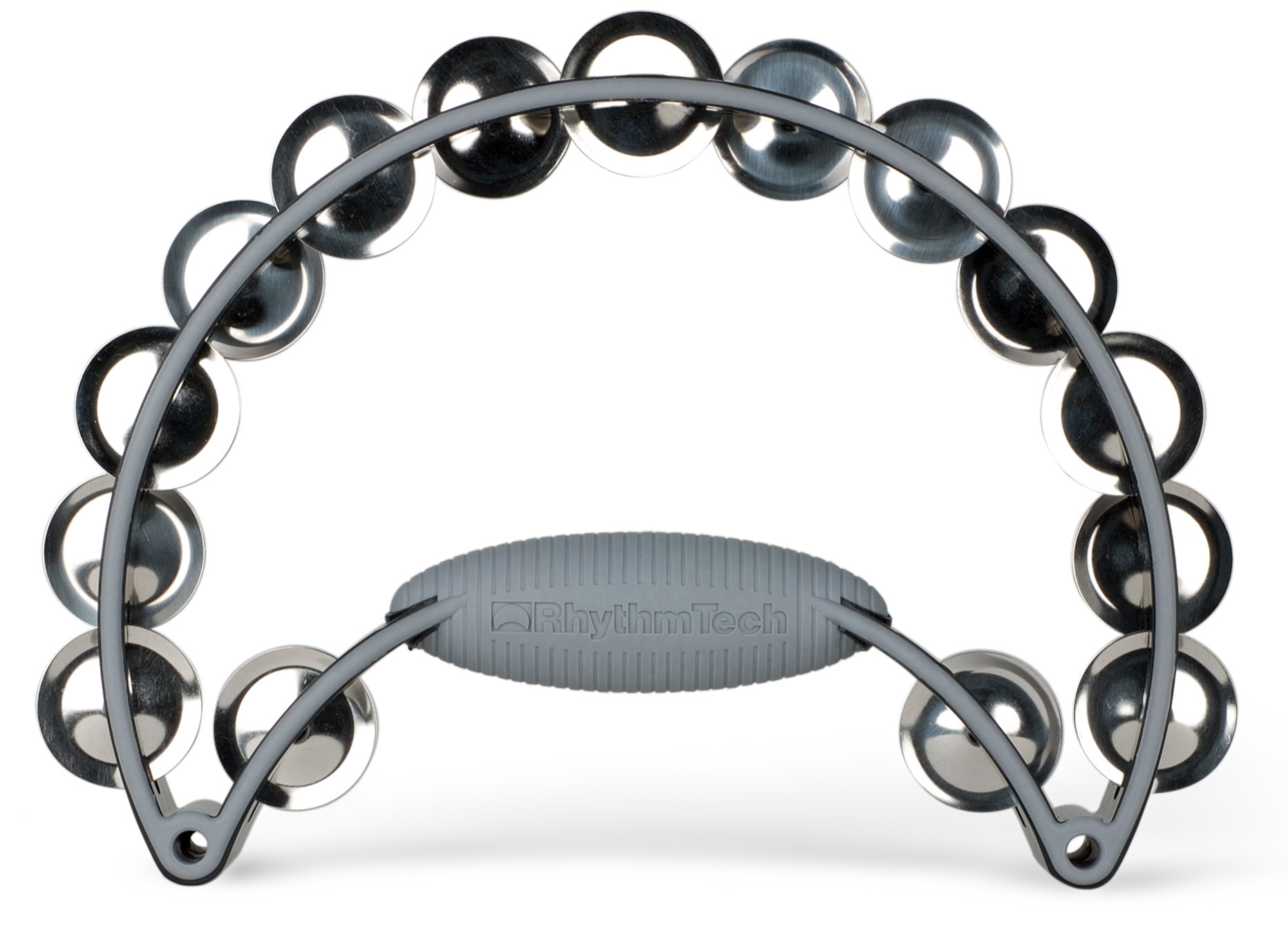 classification=
range=High sound of jingles, plus some have a skin with a lower sound.
related=, Buben, , , ,
[

. Library of Congress , Washington, D.C.] The tambourine or Marine is a of the percussion family consisting of a frame, often of wood or plastic, with pairs of small metal jingles, called "zils". Classically the term tambourine denotes an instrument with a drumhead, though some variants may not have a head at all.Listen|filename=Tambourine.ogg|title=Modern Tambourine|description=Half moon tambourine rhythms|filesize=710 KB

Tambourines come in many different shapes with the most common being circular It is found in many forms of music, classical music, , , , and .The word "tambourine" finds its origins in the word tambūr "lute, drum" (via the Middle French tambour).

The tambourine can be held in the hand or mounted on a stand, and can be played in numerous ways, from stroking or shaking the jingles to striking it sharply with hand or stick or using the tambourine to strike the leg or hip.

There are several ways to achieve a tambourine roll. The easiest is to rapidly rotate the hand holding the tambourine back and forth, pivoting at the wrist.

An advanced playing technique is known as the "" when the finger or thumb is moved over the skin or rim of the tambourine producing a fast roll from the jingles on the instrument. This takes more skill and experience to master. The thumb of the hand not holding the tambourine is run around the head of the instrument approximately one centimetre from the rim with some pressure applied. If performed correctly, the thumb should bounce along the head rapidly, producing the roll.

The thumb roll technique can be made easier with the application of wax or resin to the head. A continuous roll can be achieved by moving the thumb in a figure of 8 pattern around the head, although this takes some practice to perfect.

The pandeiro is a ian hand percussion instrument consisting of a single tension-headed drum with jingles in the frame. It is very typical of more traditional Brazilian music, such as , , and .

The pandeiro is very similar to a tambourine, except that the tension on the head can be adjusted and the metal jingles are crisper; more .

Even on its own, the pandeiro is a formidable percussive element. Notes are made by striking with one hand near the frame or the center with the thumb, finger tips, heel, or palm of the hand. The accompanying hand holds the instrument while providing a muting finger from underneath, and can also produce notes shaking the frame. The quick rhythms produced by alternating strikes can sound as though many instruments are being played simultaneously: a melodic drum, a deeper drum, jingles, and a slap drum.

The (also spelled riqq or rik) is a type of tambourine used as a traditional instrument in Arabic music. It is an important instrument in both folk and classical music throughout the Arabic-speaking world.Widely known as "Shakers".

Buben ("Бубен" in Russian, "Бубон" in Ukrainian, "bǫ̑bǝn" in Slovenian, "buben" in Czech, "bęben" in Polish) is a of the percussion family similar to a tambourine. A buben consists of a wooden or metal hoop with a tight membrane stretched over one of its sides (some bubens have no membrane at all). Certain kinds of bubens are equipped with clanking metal rings, plates, s, or little bells. It is held in the hand and can be played in numerous ways, from stroking or shaking the jingles to striking it sharply with hand. It is used for rhythmical during dances, soloist or choral singing. Buben is often used by some folk and professional bands, as well as orchestras.

The name [http://starling.rinet.ru/cgi-bin/response.cgi?root=%2Fusr%2Flocal%2Fshare%2Fstarling%2Fmorpho&morpho=1&basename=%5Cusr%5Clocal%5Cshare%5Cstarling%5Cmorpho%5Cvasmer%5Cvasmer&first=1&text_word=%D0%B1%D1%83%D0%B1%D0%B5%D0%BD&method_word=substring&text_general=&method_general=substring&text_origin=&method_origin=substring&text_trubachev=&method_trubachev=substring&text_editorial=&method_editorial=substring&text_pages=&method_pages=substring&text_any=&method_any=substring&sort=word came from] "βόμβος" (low and hollow sound) and "βομβύλη" (a breed of bees) and related to Indo-Aryan "bambharas" (bee) and English "bee".

A dayereh (or Doyra, Dojra, Dajre, Doira) is a medium-sized with used to accompany both popular and classical music in (Persia), The , and many Central Asian countries such as and . It is a , and is something intemediate between a and a tambourine.

A daf is a large-sized tambourine used to accompany both popular and classical music in , , (where it is called "tef"), (where it's called "childirma"), (where it is known as the "Dafli") , and . Daf typically indicates the beat and tempo of the music being played, thus acts like the conductor in the monophonic oriental music.

The kanjira or ganjira is a n frame drum of the tambourine family. It is mostly used in concerts (South Indian classical music) as a supporting instrument for the "".

The Basque pandero is a folk instrument currently played along with the diatonic accordion in a duo most of the times. Sometimes the players, who play in festivities to enliven the atmosphere or less frequently at onstage performances, sing along. At times the pandero accompanies the or too. Yet this kind of duos have not always been the case. As attested [http://www.trikimailua.com/testuak/Trikitiak.htm in 1923] , the youth gathered to dance to the rhythm of the bare pandero, with no other music instrument implicated but the player's (a woman's) voice.

*Watch a video [http://blog.drumcrazy.co.uk/blog/_archives/2007/2/22/2756485.html "how to play a half moon tambourine"]
* A recent invention is the [http://tpedal.com/ tpedal] (Tambourine Pedal) that can be played with a foot while busy operating other musical instruments