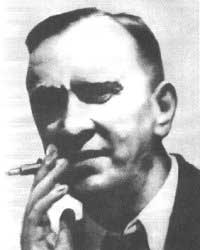 A self-taught mathematics prodigy, Banach was the founder of modern and a founder of the . Among his most prominent achievements was the 1932 book, "Théorie des opérations linéaires" (Theory of Linear Operations), the first monograph on the general theory of linear-.

Notable s named after Banach include the , , , and .

Stefan Banach was born , , at St. Lazarus General Hospital in , then part of Austro-Hungarian Galicia. Banach's parents were Stefan Greczek, a young soldier in the , and one Katarzyna Banach, natives of the region.

Unusually, Stefan's surname was that of his mother instead of his father, though he received his father's given name. Since Banach's father was a private and was prevented by military regulations from marrying, and the mother was too poor to support the child, the couple decided that he be reared by a friend of Banach's father, the owner of a Kraków laundry.

Banach's mother left him after baptizing him when he was four days old. Her name on the birth certificate is Katarzyna Banach. Later in life Banach would ask his father to tell him his mother's actual identity but would only be told that he had taken an oath of secrecy about it. [MacTutor Biography|id=Banach|title=Stefan Banach] Stefan Greczek would go on to marry twice and have a son by his first wife and four children by the second. He would pay for his son's education and be the only relative whom Banach would ever know personally.

Already as a student at Kraków's "Gymnasium" no. IV, Banach became known as a prodigy. In 1906, aged 14, he was studying higher mathematics, and two years later he had started in on several languages, western and eastern.

When broke out, Banach was excused from military service due to his left-handedness and poor vision. When the Russian Army opened its offensive toward Lviv, Banach left for Kraków, to spend the rest of the war there and in other Galician towns. He made his living ing at local "gymnasium"s and working in a . He may have attended lectures at the , but little is known of that period in his life.

In 1916, in Cracow's "Planty" gardens, Banach encountered Professor , one of the most renowned mathematicians of the age. Steinhaus became fascinated with the self-taught young mathematician. The encounter resulted in a long-lasting collaboration and friendship. It was also through Steinhaus that Banach met his future wife, Łucja Braus.

Steinhaus introduced Banach to academic circles and substantially accelerated his career. After Poland regained independence, in 1920 Banach was given an assistantship at Kraków's . Steinhaus' backing also allowed him to receive a without actually graduating from a university. The doctoral thesis, accepted by and published in 1922,

Following the invasion of Poland by and the , Lwów came under the control of the . Banach, from 1939 a of the , and on good terms with Soviet mathematicians,Fact|date=May 2008 had to promise to learn Ukrainian to be allowed to keep his chair and continue his academic activities. [ [http://www.lwow.com.pl/g8.htm Artyku³y o Lwowie ] at www.lwow.com.pl] Following the German takeover of Lviv in 1941, all universities were closed and Banach, along with many colleagues and his son, was forced to eke out a living feeding with his at Professor 's Research Institute.

After the captured in the of 1944, Banach returned to the University and helped re-establish it after the war years. However, because the Soviets were removing Poles from annexed formerly-Polish territories, Banach began preparing to leave the city and settle in , , where he had been promised a chair at the . [ [http://www-groups.dcs.st-and.ac.uk/~history/Mathematicians/Banach.html] Banach biography on The MacTutor History of Mathematics archive.] He was also considered a candidate for Minister of Education of Poland. [ [http://banach.univ.gda.pl/zyciorys.html Wortal Stefana Banacha ] at banach.univ.gda.pl] In January 1945, however, he was diagnosed with lung cancer and was allowed to stay in Lviv. He died on , , aged 53. His funeral at the turned into a patriotic demonstration by the Poles who still remained in the city.

Banach's most influential work was "Théorie des opérations linéaires" (Theory of Linear Operations, 1932). In it he formulated the concept now known as "," and proved many fundamental theorems of .

Besides being one of the founders of functional analysis, Banach also made important contributions to , , and other branches of mathematics.

He was also one of the founders and editors of the journal, "".

said of Banach::"An exceptional intellect, exceptional discoveries... he gave Polish science... more than anybody else.":"Banach was my greatest scientific discovery."