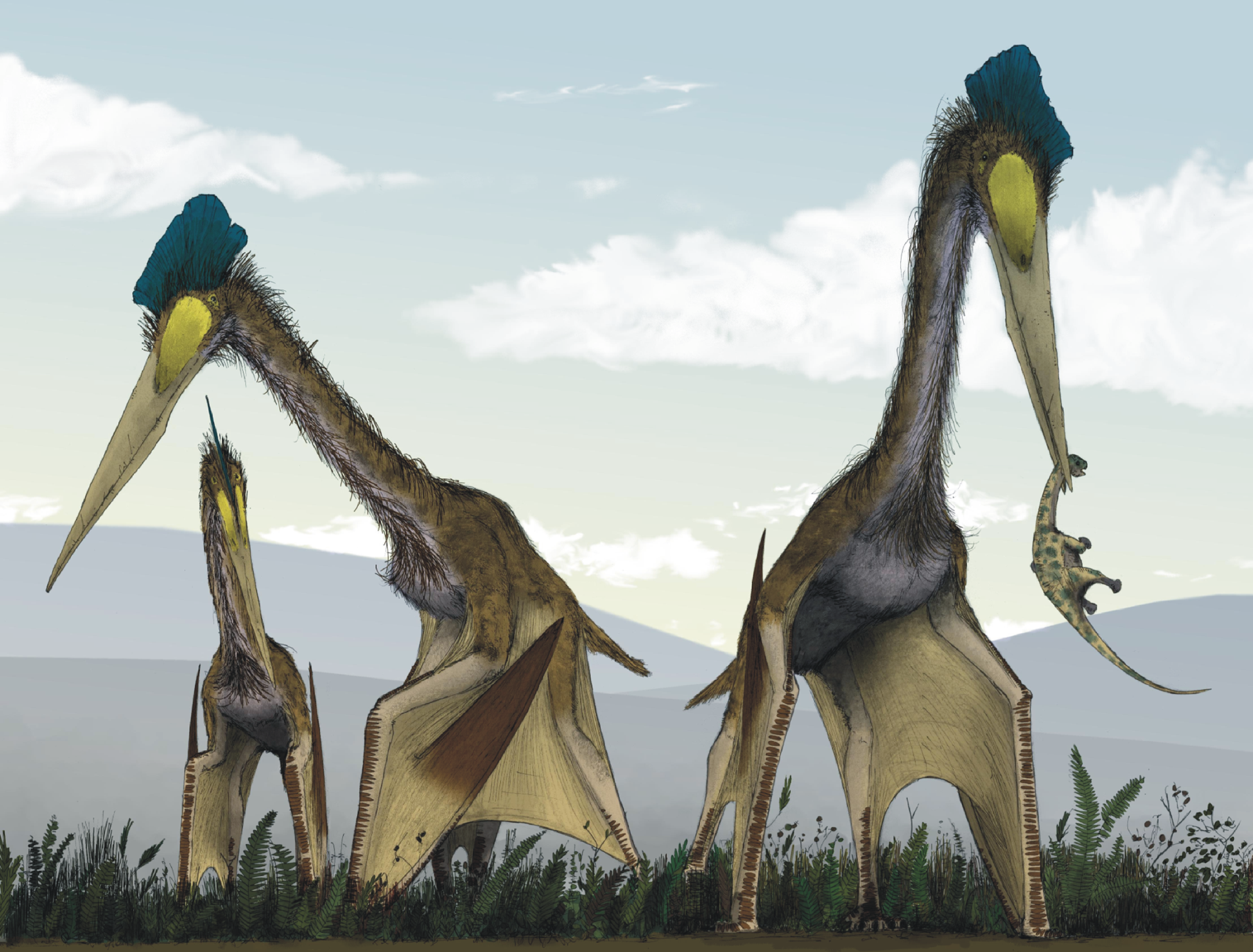 Azhdarchidae (from "Ajdarxo", the name of a dragon in mythology) is a family of s known primarily from the late Period, and which included some of the largest known flying animals of all time. Originally considered a sub-family of tidae, Nessov (1984) named the azhdarchinae to include the pterosaurs "", "", and "Titanopteryx" (now known as ""). Azhdarchids are characterized by their long legs and extremely long necks, made up of elongated neck vertebrae which are round in cross section. Most species of azhdarchids are still known mainly from their distinctive neck bones and not much else. The few azhdarchids that are known from reasonably good skeletons include "" and "". Azhdarchids are also distinguished by their relatively large heads and long, spear-like jaws. It had been suggested azhdarchids were skimmers,

Classification after Unwin 2006, except where noted.