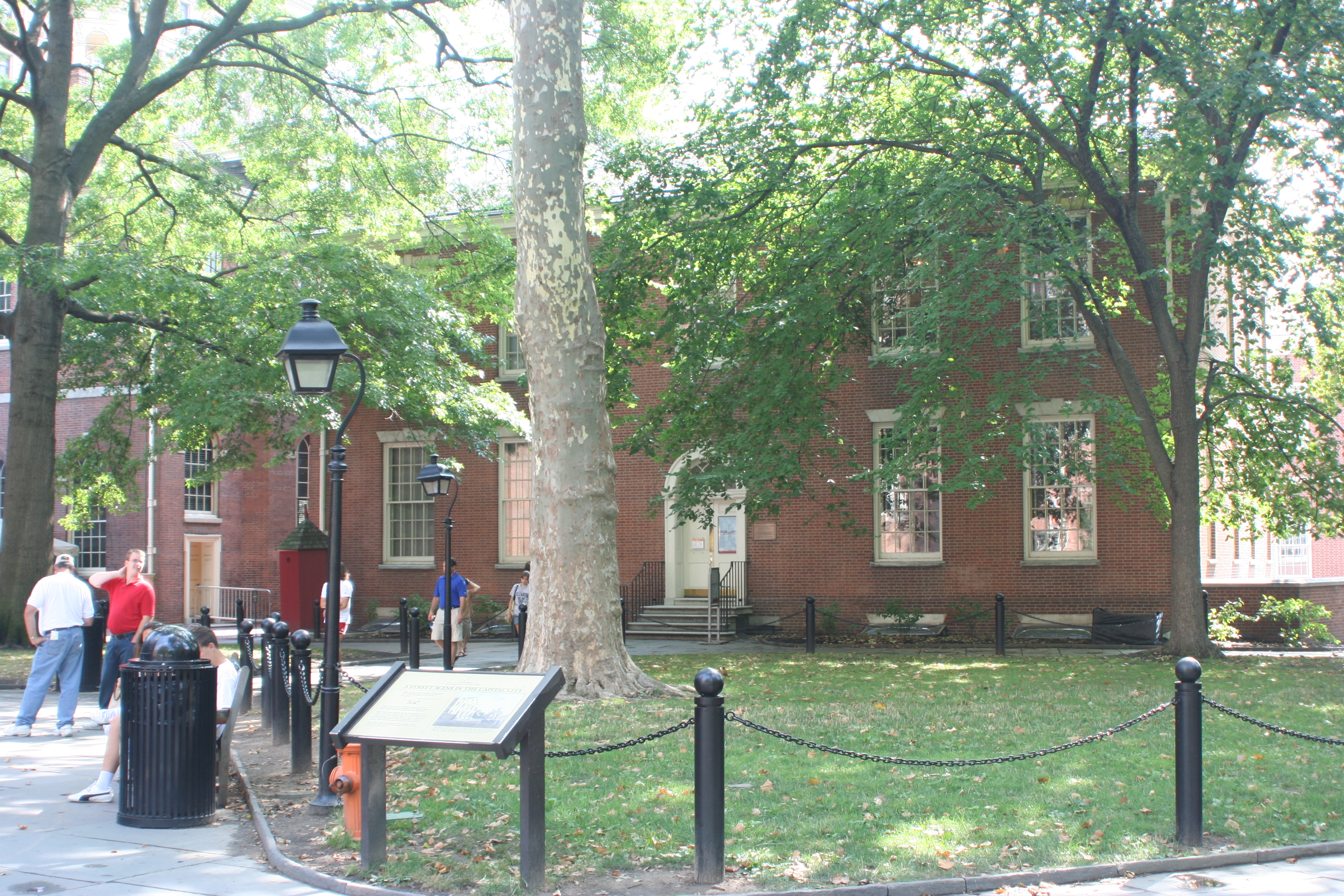 By the Society had lapsed into inactivity. In , however, it was revived, and, on , , it united with the American Society for Promoting Useful Knowledge under the name "American Philosophical Society Held at Philadelphia for Promoting Useful Knowledge". was elected first president of the group. [ [http://en.wikipedia.org/wiki/New_International_Encyclopedia New International Encyclopedia] ]

After the , the Society looked for to , one of the signatories of the Declaration of Independence. Under his influence, the Society received land from the government of , along with a plot of land in Philadelphia where Philosophical Hall now stands.

Illustrious names have continually been added to the membership roster, reflecting the society's scope. , , , , , , , , and became members of the Society. The Society continues to attract names of high renown today, with a current membership list (as of the April 2005 elections) of 920 members, including 772 Resident members (citizens or residents of the United States) and 148 Foreign members representing more than two dozen countries.

In 1786, the Society established the , a prize for achievement in "navigation, , or natural philosophy", the oldest scientific prize awarded by an American institution, which it still awards. Other awards include the Barzun prize for cultural history, for Outstanding Achievement in Clinical Investigation, the , the for , the , and the for distinguished achievement in the arts, humanities, or social sciences.

The APS has published the "Transactions of the American Philosophical Society" since 1771. Currently five issues appear each year. The "Proceedings" have appeared since 1838: they publish the papers delivered at the biannual meetings of the Society. The Society has also published the collected papers of , , , and .

The American Philosophical Society Museum host exhibitions exploring history, art, and science using its collections. Opened in 2001, the museum is located at the Society's Philosophical Hall, adjacent to Independence Hall, at 104 South Fifth Street in Philadelphia. The Museum in Philosophical Hall features revolving, thematic exhibitions that explore the intersections of history, art, and science. It includes a focus on the early days of and the nation. Exhibitions include works of art, scientific instruments, original manuscripts, rare books, natural history specimens, and curiosities of all kinds from the APS's own collections, along with one-of-a-kind objects on loan from other institutions. [citation | title= American Philosophical Society Museum: About | publisher=ARTINFO | year=2008 | url= http://www.artinfo.com/galleryguide/22252/8770/about/american-philosophical-society-philadelphia/ | accessdate=2008-07-25 ]