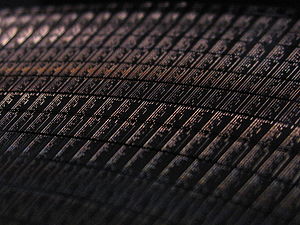 Vinyl emulation software allows the user to physically manipulate the playback of digital audio files on a computer using the turntables as an interface, thus preserving the hands-on feel of deejaying with vinyl while allowing playback of audio recordings not available in phonograph form. This allows DJs to scratch, beatmatch, and perform other turntablism that would be impossible with a conventional keyboard-and-mouse computer interface. The technology is also referred to as DVS for either Digital Vinyl System or Digital Vinyl Software.

Vinyl emulation normally uses special vinyl records which are played on conventional turntables. The turntables' audio output - the timecode recording - is routed into an analog-to-digital converter, or ADC. This ADC may be a multi-channel ASIO soundcard or a dedicated external USB or firewire audio interface box (usually distributed with the software). The ADC sends digital time code information to the software, which then translates the signal into corresponding changes in the playback speed and position of a digital audio file. The manipulated audio output of the program is then sent back through the DAC or the computer's sound card, and into an audio mixer where it can be mixed like any other analog audio signal.

The result is digital audio playback that feels like it can be manipulated like a vinyl record. However, there is always a short delay between the needle's reading of the time code and the software's playback of the audio. This delay is usually between 6 and 30 milliseconds. The delay is treated as a figure of merit for vinyl emulation products. A shorter delay allows the DJ to have better response and control of the music.

In some countries, for example Finland, a digital DJ license is required to legally play copyrighted music with vinyl emulation software.

Final Scratch was the first vinyl emulation software sold publicly. Since its release in 2001, many similar software and hardware packages have been developed and marketed.