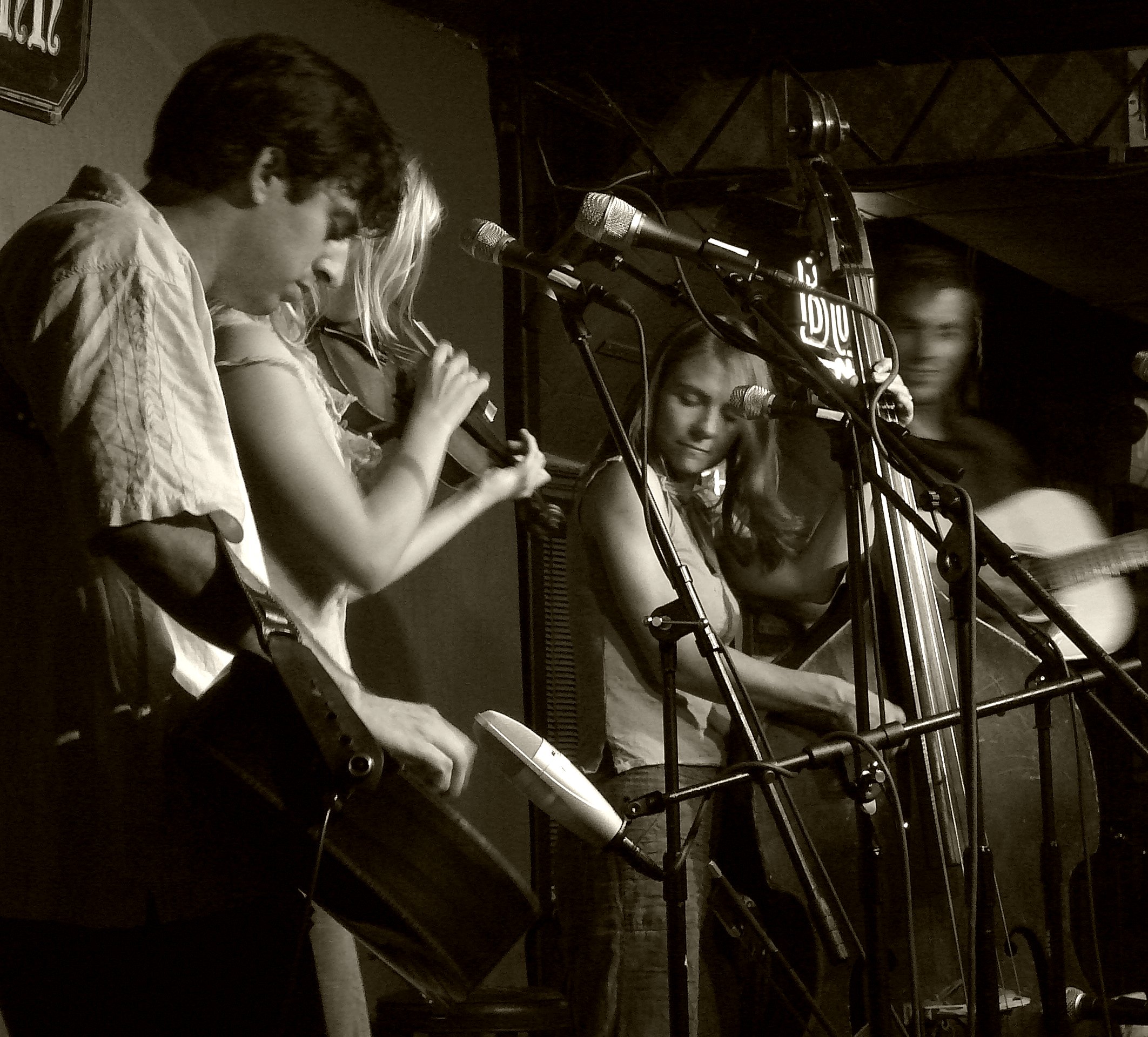 
The Biscuit Burners are a bluegrass band from ().

The Biscuit Burners were established in 2004 around the exceptional playing of . Originally from , he had developed a regional following in , and was a instructor of note. He appeared regularly with the Charlottesville bluegrass phenomenon , also performing in such "side projects" as Slamgate which he started with Zack Blatter, the bass player for Walker's Run. The two were roommates in a country home on Slamgate Road just outside Charlottesville. Mary Lucey, originally from , [ [http://www.fredericksburg.com/News/FLS/2007/062007/06072007/290316/index_html?page=1 "Biscuit Burners sizzle"] by Jonas Beals, June 7, 2007 for .] had also performed with Walker's Run.

They were quickly praised by 's who gushed in a interview July 2005:

The core members of the original band were Billy Cardine (resophonic guitar), Dan Bletz (acoustic guitar), Mary Lucey (bass) and Shannon Whitworth (clawhammer banjo). (Billy Cardine and Mary Lucey were later to marry, and are now the parents of a baby boy). John Stickley was featured on mandolin on many occasions, but has since left the group. Shannon Whitworth was a major presence on the first three albums, both as songwriter and alternating lead vocalist with Mary Lucey. Her departure for a solo career led to significant changes in the band's performance repertoire. Wes Corbett toured with the band as banjoist in 2007, but did not become a permanent member. The three remaining members of the original quartet have been augmented by Odessa Jorgensen on fiddle. She is also a singer and songwriter who has made a strong contribution to the current album.

In 2006, The Biscuit Burners appeared in over 130 s nationwide including: in Chicago, [http://www.thefreight.org/ Freight and Salvage] in Berkeley, in , and . Their appearance at the festival in 2007 was depicted on 's "Our Generation".

They have appeared at the historic with and .

The Biscuit Burners have appeared on 's "", 's "", 's "", and ' "". They've also received coverage in such s as , [http://www.bluegrassmusic.com/ Bluegrass Unlimited] , , and [http://www.americansongwriter.com/site.php American Songwriter] .

*They have been showcased at the () Conference.
*Their debut was chosen Top 10 Bluegrass of 2004 by the .
*Their critics also chose The Biscuit Burners’ song, "", as the Hotpick Bluegrass of 2004.
*Their second release "" was in the Top 20 of the National Bluegrass Airplay chart for the first five months of its release.
*It was also the winner of Award for Best Roots CD of 2005 through , May 2006.
* [http://www.bluegrassmusic.com/ Bluegrass Unlimited] stated in their April 2007 issue, the band was "Making their mark on the Bluegrass world."
*The . A local newspaper is creating a coffee table book from photos with the most [http://www.capturemusiccity.com votes] .

“(The) music is intimate, elegant, warm, and intricate, played by musicians that are committed to acoustic instruments. The Biscuit Burners have found a voice that is haunting and totally their own.” - ", July 2007"

"Honest music, deliberately crafted, stunningly presented... As the gentlemen churn the musical waters with speedy sixteenth-note runs, the ladies smooth the surface with vocals that are sometimes lifting, sometimes haunting, and always distinct." - ", 2005"

"The Biscuit Burners somehow sound relaxed even on fast numbers like 'Mountain Lily' or their up-tempo instrumental, 'Autry’s Peach Orchard,' and when they get into a slower ballad, their sound becomes downright hypnotic." - ", December 2004"

“They have a captivatingly unique sound that’s all their own, yet rich with heritage and culture. Their music is a breath of fresh air in this stale period of lifeless pop music culture.” – ", February 2006"

"The Biscuit Burners call their product "fiery mountain music," and while these expert pickers can make tunes burn with white-lightning heat, their s are their real strength. If loneliness and heartbreak had a , The Biscuit Burners would record it.

Odessa Jorgensen and Mary Lucey would sing, backed up by a plaintive and Billy Cardine's soul-straining cries on the .

At least in this regard, the band, which also includes Dan Bletz, might actually be more traditional than bluegrass itself.

Their sound is reminiscent of the turn-of-the-century and of the , and for good reason; the band has a great love of those hills and their history.

In early 2004 they began an Appalachian Roots Music Schools Program, where they present the heritage of mountain music along with its techniques and etiquette. The program is designed to give school children a sense of the richness of the American bluegrass tradition, how the came to be what it is through changing times, and how it is a uniquely American contribution to the world scene. They want the children of today to know the story of . As the band states: