Kozhikode District is a district of state, situated on the southwest coast of . The city of , also known as Calicut, is the district headquarters. This is the third-most advanced district in Kerala. It is 38.25% urbanised. [http://www.censusindiamaps.net/page/India_WhizMap/IndiaMap.htm]

The district is divided into three s, , , and Kozhikode.

Present-day Kozhikode District was among territories ceded to the by of Mysore in , at the conclusion of the . The newly-acquired British possessions on the were organized into , which included the present-day districts of Kannur, Kozhikode, Malappuram, and Palakkad, and Wayanad. Calicut served as the administrative headquarters of the district. Malabar District was part of the , a province of .

After India's Independence in 1947, Madras Presidency became , which was divided along linguistic lines by the 'State Names Reorganisation Act' in 1956. On , Malabar District was combined with the erstwhile state of and to form the state of .

Malabar District was considered too large for effective administration, so it was divided into the districts of Kozhikode, Kannur, and Palakkad on . The district had five taluks, Vadakara, Koyilandy, Kozhikode, , and . On , Ernad and Tirur Taluks became part of newly-created Malappuram District. South Wayanad, which forms the southern portion of present-day Wayanad District, was added to Kozhikode for a time, but in 1980 became part of newly-created Wayanad District.

Calicut is the anglicized form of ‘Kalikut’, Arabic for the name Kozhikode. It is also called the Cock Fort. According to the historian K.V. Krishnan Iyer, the term means "koyil" (palace) "kodu" (fortified).

The ports of the have been participated in the Indian Ocean trade in spices, silk, and other goods for over two millennia. Kozhikode emerged as the centre of an independent kingdom in the 14th century, whose ruler was known as the . 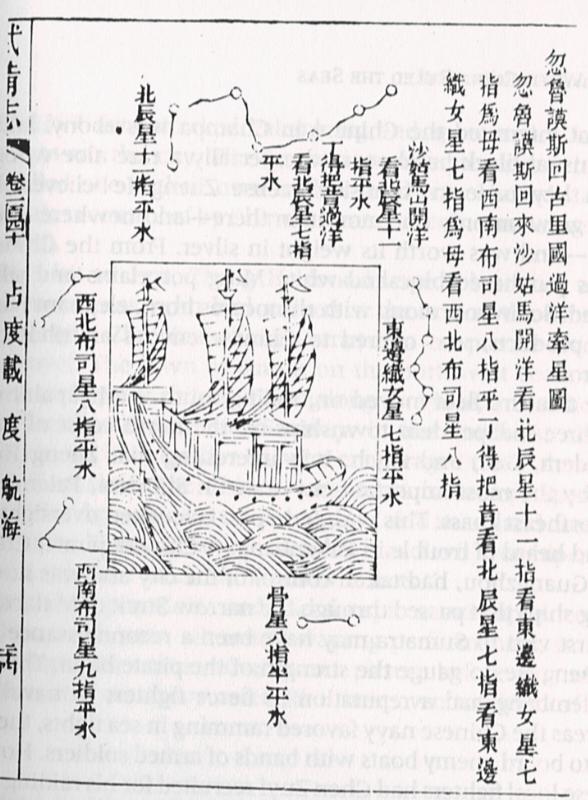 During the Yong Le era of the of , Admiral and his treasure fleet visited Kozhikode. Their visits were documented by on-board Arab language translators , Fei Xin and Gong Zheng. Each one of them published a book documented their visits to various countries, including Calicut. Ma Huan’s book "Ying yai Sheng lan" (translated into English as "The Overall Survey of the Ocean Shores") contains the following observations of Kozhikode:
*Calicut was a large kingdom on the West Ocean, bordering kingdom to the east, Kochi to the south, and to the north.
*The king of Calicut (Vana Vikraman) was a Brahmin and a Buddhist. His chiefs were Muslims.
*The throne pass to the king's sister's son.
*In the fifth year of Yong Le , the emperor of Ming dynasty ordered Admiral Zheng He to deliver an imperial honor to King of Calicut, with grant of silver seal, and promoted the chiefs with titles and awards of hats and girdles of different grades.
*Admiral Zheng He erected a pavilion with ceremonial stone tablet in Calicut to celebrate this event.
*The king minted fanam coins of 60% gold and also silver coins as currency.
*The people of Calicut were honest and trustworthy.
*The people of Calicut made out of silkworm, and dyed silk into different colors.
*Main produce in Calicut were , , , eggplants in four seasons; also red and white rice, but no wheat.
*The king of Calicut ordered craftsmen to draw fifty ounces of gold into hair-like fine threads, and weaved them into ribbon to make a gold girdle embedded with pearls and precious stones of all sort of colors, and sent envoy Naina (Narayana) to present the gold girdle to the Ming emperor as tribute.
*According to Ming dynasty Imperial Guard Recruitment Record, Nanking area town guard chief Shaban was a native of Calicut. He was recruited to join Zheng He’s expedition, and was promoted on his return. Another officer Shasozu from Nanking military division was also a native from Calicut, who joined Zheng He’s expedition and too was promoted.

Admiral Zheng He later re-visited Calicut several times. On April of during his 6th and last expedition, he died in Calicut. The ceremonial stone tablet erected by Zheng He stood at least another two hundred years in Calicut; Jesuit Godinho de Eredia wrote that he saw this tablet in .

landed at (18 kilometers north of Kozhikode) in May , as the leader of a trade mission from and was received by the himself. During the 16th century the Portuguese set up trading posts to the north in and to the south in Kochi, but the Zamorin resisted the establishment of a permanent Portuguese presence in the city, although in the kingdom was forced to accept a Portuguese trading post in . The Zamorins later allied with Portuguese's rivals the Dutch, and by the mid-17th century the Dutch had captured the Malabar Coast spice trade from the Portuguese. In the of Mysore captured Kozhikode and much of northern Malabar Coast, and came into conflict with the British based in Madras, which resulted in four .

The district has a generally humid climate with a very hot season extending from March to May. The most important rainy season is during the South West , which sets in the first week of June and extends up to September. The North East Monsoon extends from the second half of October through November. The average annual rainfall is 3266 mm. The best weather is found in towards the end of the year, in December and January &mdash; the skies are clear, and the air is crisp. The highest temperature recorded was 39.4 ºC in March 1975. The lowest was 14 ºC recorded on .

The centuries of trade across the gave Kozhikode a cosmopolitan population. s constitute the majority of the population, and next come the and the communities respectively. The Muslims of Kozhikode District are known as s. A great majority of them are s following the School of thought. Christianity is believed to have been introduced in Kerala in CE, and the Christian population expanded with the presence of the Portuguese, Dutch, and British starting in the 16th century.

The Legislative constituencies in Kozhikode district after Delimitation

Kozhikode occupies a prominent place in the history of Malayalam Journalism. The origin of journalism in this district can be traced back to . The "Kerala Pathrika" is likely to be the earliest newspaper published from Kozhikode. "Keralam", "Kerala Sanchari" and "Bharath Vilasam" are among the Other newspapers published from Kozhikode before . The two major Malayalam newspapers, the and the bring out Kozhikode editions. One of the major national dailies in English, also has its edition in the city. Another national daily, has its office in the city.

The Kozhikode station of was commissioned on and it has two transmitters, Kozhikode A of 10 kilowatt power and Kozhikode B (Vividh Bharathi) of 1 kilowatt power. A television transmitter has been functioning in Kozhikode from , relaying programmes from and . Cable and satellite television are also available throughout the district.

The temples and mosques of this district contain sculptures and inscriptions which are of considerable interest to the students of art. Kozhikode city itself has many temples, the most important of which are the Tali Temple, Thiruvannur Temple, Azhakodi Temple, [http://www.sreevalayanaddevi.org Sree Valayanad Temple] , Varakkal Temple, Bilathikulam Temple, Bhairagi Madam Temple, and the near Vadakara.

There is an art gallery and Museum located at East Hill in Kozhikode. Lalitha Kala Academy also has an art gallery adjacent to the Kozhikode town hall. There is a planetarium, situated in the heart of the city near Jaffer Khan Colony. Kozhikode Beach and Mananchira Square are other popular gathering spots.

Thusharagiri, a very beautiful Waterfall is about 55 km from Calicut Railway Station. Thusharagiri is served by a KTDC (Kerala Tourism Development Corporation) hotel.

In the field of Malayalam Language and literature Kozhikode has made most significant contributions. The district is famous for folk songs or ballads known as . The most popular songs among them are those which celebrate the exploits of .One of the favourite past times of the Muslims of the district is the singing of the Mappilapattu and . The songs are composed in a composite language of and . The intellectual debate for vedic scholars to win the position of Pattathanam takes place at Thali temple during the month of Thulam. Kozhikode also has strong associations with s and football. The football game has a huge fan following here, and the Football World Cup is followed with even greater enthusiasm than the unofficial national sport of India &mdash; the . Local clubs even pick favourites among competing nations, and vociferously support their teams.

The city also has a strong mercantile streak to it, with the major vein of commerce being the "Mithai Theruvu", a long street crammed with shops that sell everything from sarees to cosmetics, and house hotels to sweetmeat shops. The name Mithai Theruvu or "SM Street" comes from the sweet "Kozhikode Halwa" which was often called as the Sweetmeat by European traders. The multi cultural mix of Kozhikode ensures that , , and Id-ul-Fitr (the festivals of the Hindus, Christians, and Muslims) are celebrated with equal pomp.

Kozhikode also offers fare for every palate. Vegetarian fare includes the "" (the full-fledged feast with rice, sambhar, , and seven different curries). However, the non-vegetarian food offered in the city is a unique mix of Muslim and Christian preparations. Some popular dishes include the Biriyani, Ghee Rice with meat curry, a whole host of sea-food preparations (s, s, mackerel, sea-fish) and paper thin "s" to provide accompaniment to spicy gravy. Another well known Kozhikode speciality are [banana chips] make natuaral oil] , which are made crisp and wafer thin, and the Kozhikode Halwa.

National Institute of Technology: An engineering institution. It was formerly known as Regional Engineering College (REC) and was affiliated to University of Calicut. It is now a deemed university.

: The latest in the IIM series, this institution was ranked in the top 10 B-schools in India.

: One of the oldest colleges in the country, founded by of Kozhikode.

: An arts and science college, accredited by the (NAAC) with a grade A.

: The only College in Calicut University to be recognised as a Center of Excellence by the UGC and accredited at 5 star level by NAAC.

: A co-ed institution. It is affiliated to University of Calicut and accredited by (NAAC), and offers a variety of degree and post graduate courses in various streams.

: It is one among the engineering institutions under the Department of Technical Education, Kerala. GEC has been rated consistently among the top technical institutes in Kerala.
: A Muslim charitable religious institution. [http://www.markazonline.com Web Site]

: St.Joseph's Boys' Higher Secondary School, Calicut is one of the oldest educational institutions in India. The School run by the Society of Jesus was started way back in 1793.

M.E.S Raja residential school-Day scholars wing,Pavangad is a muslim group owned institution.it has been one of the good institutions in Calicut & one of the best in M.E.S institute chain.