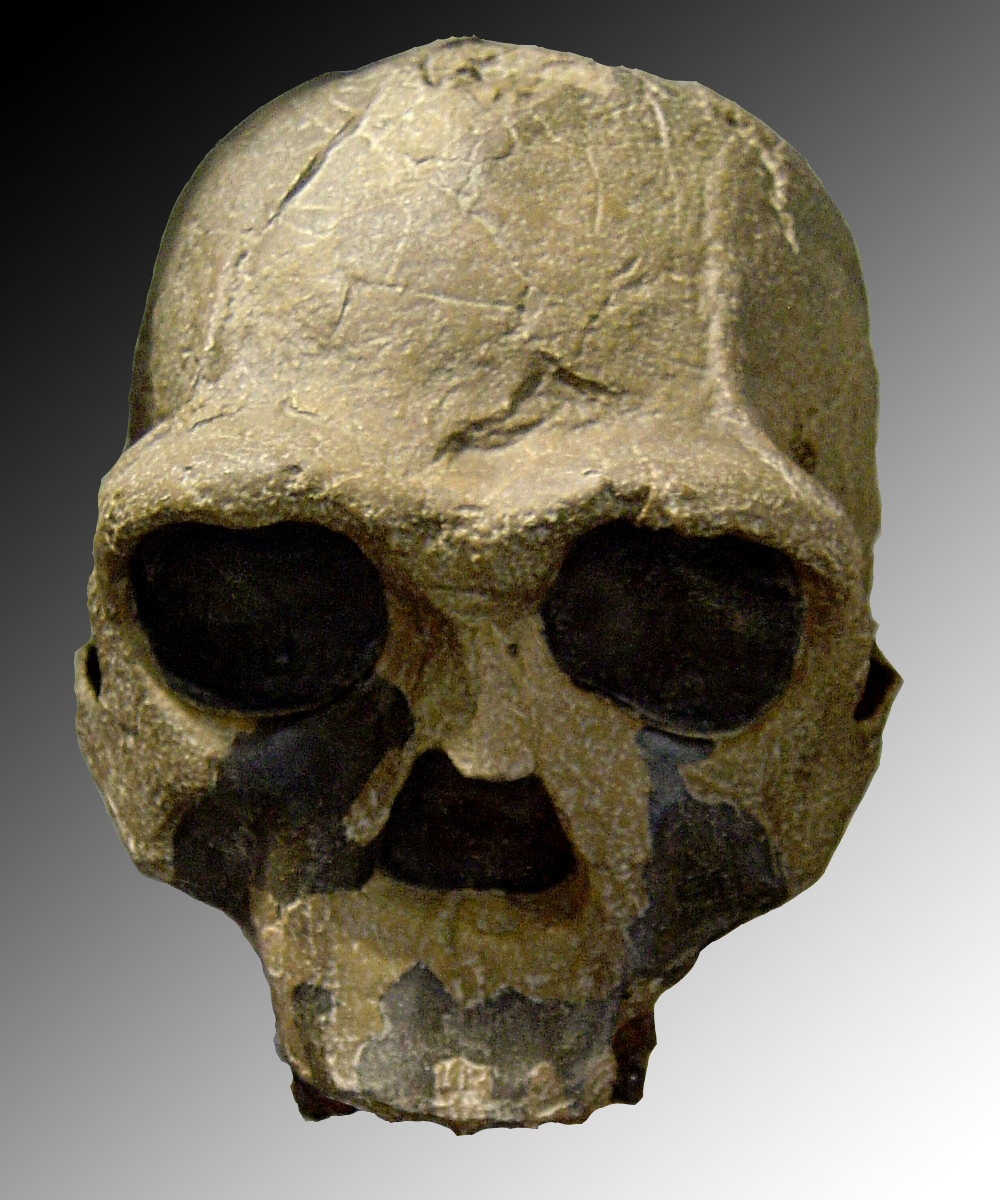 "Homo ergaster" ("working man") is an extinct (or subspecies, according to some authorities) which lived throughout eastern and southern between 1.9 to 1.4 million years ago with the advent of the lower and the cooling of the global climate."H. ergaster" is sometimes categorized as a of "". "H. ergaster" may be distinguished from "H. erectus" by its thinner skull bones and lack of an obvious sulcus. Derived features include reduced ; a smaller, more orthognathic (straight jawed) face; a smaller dental arcade; and a larger (700 and 850 cm³) . It is estimated that "H. ergaster" stood at 1.9 m (6ft3) tall with relatively less sexual dimorphism in comparison to earlier s. Remains have been found in , , , and .

The of "H. ergaster" is [KNM-ER 992 is short for: Kenya National Museum (where it is housed); East Rudolf (where it was found); and 992 (the museum acquisition number)] ; the species was named by Groves and Mazak in .

The species name originates from the Greek "ergaster" meaning "Workman". This name was chosen due to the discovery of various tools such as s and s near the skeletal remains of "H. ergaster". This is one of the reasons that it is sometimes set apart distinctly from other human ancestors. Its use of advanced (rather than simple) tools was unique to this species; "H. ergaster" tool use belongs to the industry. "H. ergaster" first began using these tools 1.6 million years ago. Charred animal bones in fossil deposits and traces of camps suggest that the species made creative use of . Another notable characteristic of H. ergaster is that it was the first hominid to have the same body proportions (longer legs and shorter arms) as modern "H. sapiens". [Standford,C.,Allen,J.S.,and Anton, S.C. "Biological Anthropology". Pearson Education, Upper Saddle River,New Jersey, 2006]