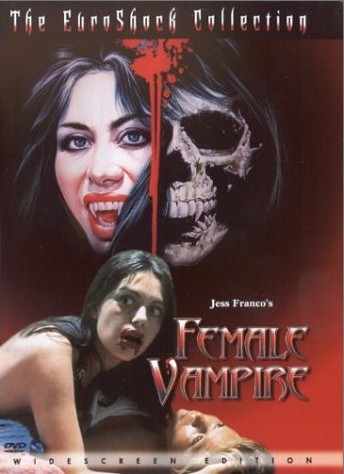 "Female Vampire" or The Bare Breasted Countess is a French erotic by . The plot revolves around Countess Irina von Karstein (played by ), a mute woman who needs sex like a needs blood in order to stay alive forever. She sucks the life essence out of her (both male & female) victims while performing oral sex on them. Lina Romay bares it all in this one, even doing a few open crotch shots and simulated intercourse scenes. Veteran Spanish horror actor Jack Taylor seems lost in this one, no doubt himself shocked by the total frontal nude scenes Franco had him doing, quite shocking since Taylor is considered something of a "real movie star" by horror fans.