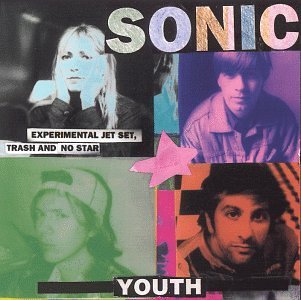 "Experimental Jet Set, Trash and No Star" is an by band , first released in May 1994. Included is possibly the group's biggest hit, "Bull in the Heather." of and appears in the for this song.

did not write or sing any songs on this album.

The album peaked at number 34 on the Billboard 200 chart. The band's previous works barely cracked the top 100 chart. To date, this is their highest peak on the US charts. This album has sold 242,000 copies in the US according to soundscan.

Self-Obsessed and Sexxee was intended to be the second single from this album. A promo CD was issued, but plans for a regular release were cancelled and promo pressing ceased. The remaining copies were sold off thru Sonic Death. Same b-sides as "Bull in the Heather".

The album's title refers to the four members of the band, according to Thurston Moore--Lee Ranaldo is "experimental," Moore is "trash" (perhaps referring to his previous song "Total Trash"), Kim Gordon is "jet set" and Steve Shelley is "no star."

"Screaming Skull" is about the band's nostalgia for their days on independent labels, particularly , which is mentioned frequently throughout the song, along with the label's "Superstore" in Los Angeles.

"Doctor's Orders" is sung by Kim Gordon here; the Bull in the Heather single contains an alternate version with Thurston Moore singing.