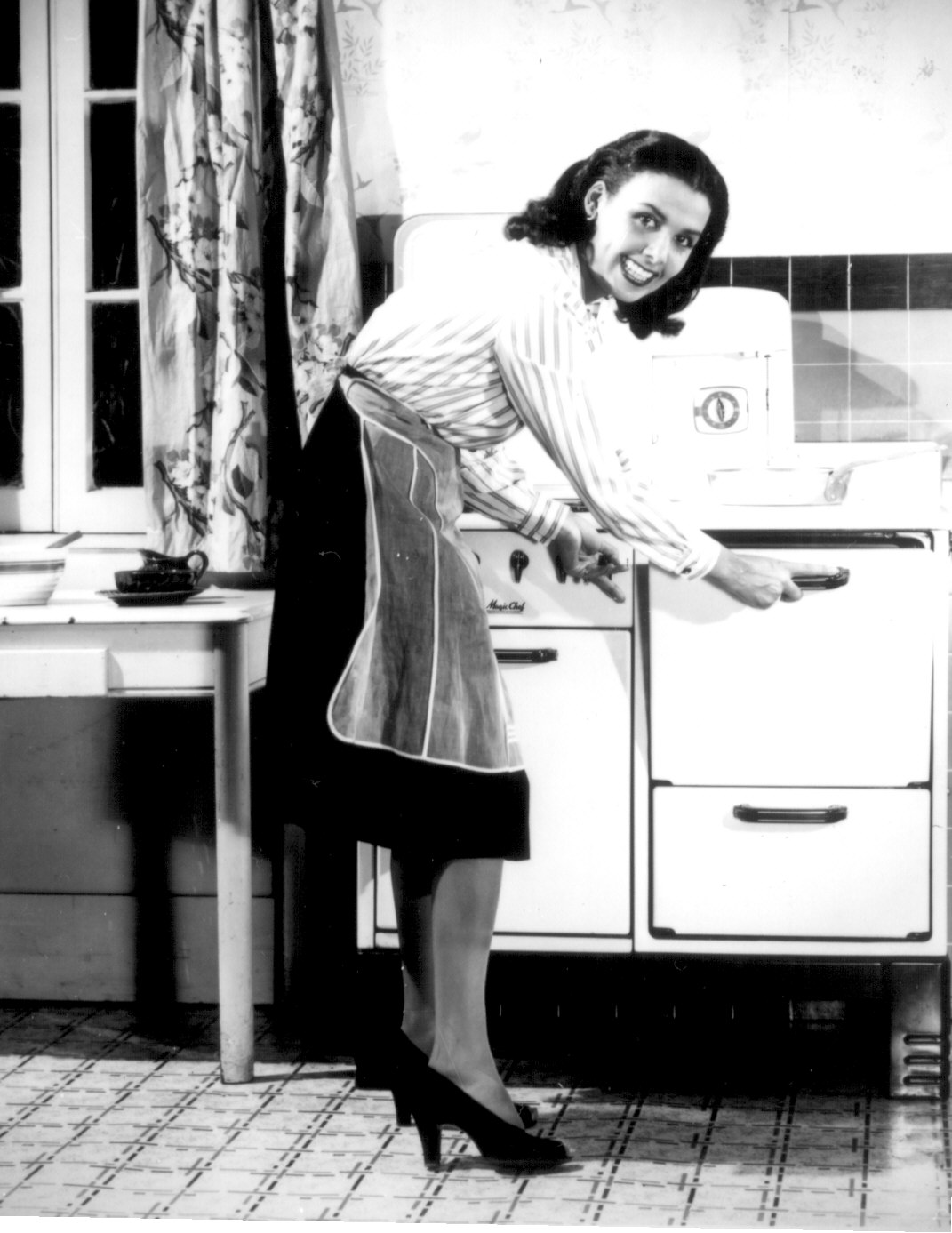 Lena Mary Calhoun Horne (born , ), is an iconic American singer and . She has recorded and performed extensively, independently and with other notables, including , , , , , and Billy Eckstine. She currently lives in and no longer makes public appearances. [JET, April 2007]

Lena Horne was born in , , New York. Both sides of her family claim a mixture of , Native American, and descent. Both were part of what leader called "the talented tenth," the upper stratum of the American population made up of middle-class, well-educated African Americans.

In the fall of 1933, Lena Horne joined the chorus line of the in New York City. In the spring of 1934, she had a featured role in the Cotton Club Parade. A few years later she joined Noble Sissle's Orchestra and toured with this orchestra. After she separated from her first husband, Lena Horne toured with bandleader in 1940-41, but disliked the travel and left the band to work at the Cafe Society in New York. She replaced as the featured vocalist on NBC's popular jazz series "". The show's resident maestros, Henry Levine and Paul Laval, recorded with Horne in June 1941 for . Horne left the show after only six months to headline a nightclub revue on the west coast; she was replaced by Linda Keene.

Lena Horne already had two low-budget movies to her credit: a 1938 musical feature called "" (later reissued with Horne's name above the title as "The Bronze Venus"); and a 1941 two-reel short subject, "Boogie Woogie Dream", featuring pianists and . Horne's songs from "Boogie Woogie Dream" were later released individually as . Horne was primarily a nightclub performer during this period, and it was during a 1942 club engagement in Hollywood that talent scouts approached Horne to work in pictures. She chose , the most prestigious studio in the world, and became the first African American performer to sign a long-term contract with a major studio.

She made her debut with in 1942's "" and became famous in 1943 for her rendition of "Stormy Weather" in the movie of the same name (which she made at , on loan from MGM). She appeared in a number of MGM s, most notably "" (also 1943), but was never featured in a leading role due to her race and the fact that films featuring her had to be reedited for showing in states where theaters could not show films with African American performers. As a result, most of Horne's film appearances were stand-alone sequences that had no bearing on the rest of the film, so editing caused no disruption to the storyline; a notable exception was the all-black musical "Cabin in the Sky", though even then one of her numbers had to be cut because it was considered too suggestive by the censors. "Ain't it the Truth" was the song (and scene) cut before the release of the film Cabin in the Sky. It featured Lena Horne singing "Ain't it the Truth," while taking a bubble bath (considered too "risque" by the film's executives). This scene and song are featured in the film "", which also features commentary from Lena Horne on why the scene was deleted prior to the film's release.

She was originally considered for the role of Julie LaVerne in MGM's 1951 version of "" (having already played the role when a segment of "Show Boat" was performed in "") but was given the role instead (the production code office had banned s in films). In the documentary "" Horne stated that MGM executives required Gardner to practice her singing using recordings of Horne performing the songs, which offended both actresses (ultimately, Gardner ended up having her singing voice overdubbed by another actress (Annette Warren (Smith)) for the theatrical release, though her own voice was heard on the soundtrack album).

By the mid-1950s, Horne was disenchanted with and increasingly focused on her nightclub career. She only made two major appearances in MGM films during the decade, 1950's "" (which was also 's film swan song), and the 1956 musical "". She was ed during the 1950s for her political views. [ [http://www.pbs.org/wnet/americanmasters/database/horne_l.html American Masters . Lena Horne | PBS ] ] She returned to the screen three more times, playing chanteuse Claire Quintana in the 1969 film "", Glinda in "" (1978), and co-hosting the 1994 MGM retrospective "That's Entertainment! III", in which she was candid about her treatment by the studio.

After leaving Hollywood, Lena Horne established herself as one of the premiere nightclub performers of the post-war era. She headlined at clubs and hotels throughout the US, Canada and Europe, including the Sands in Las Vegas, the Cocoanut Grove in Los Angeles and the Waldorf-Astoria in New York. In 1957, a live album entitled, "Lena Horne at the Waldorf-Astoria," became the largest selling record by a female artist in the history of the RCA-Victor label.

From the late 1950s through the 1960s, Horne was a staple of the TV variety shows, appearing multiple times on Perry Como's Kraft Music Hall, Ed Sullivan, the Dean Martin Show and The Bell Telephone Hour. Other programs she performed on include the Judy Garland Show, The Hollywood Palace and the Andy Williams Show. Besides two television specials for the BBC (later syndicated in the US), Horne starred in her own US television special in 1969, Monsanto Night Presents Lena Horne. In 1970, she co-starred with Harry Belafonte in the hour long "Harry & Lena" for ABC; in 1973, she co-starred with Tony Bennett in "Tony and Lena." Horne and Bennett subsequently toured the US and UK in a show together. Another very memorable appearance was in the 1976 program "America Salutes Richard Rodgers," where she sang a lengthy medley of Rodgers songs with Peggy Lee and Vic Damone. 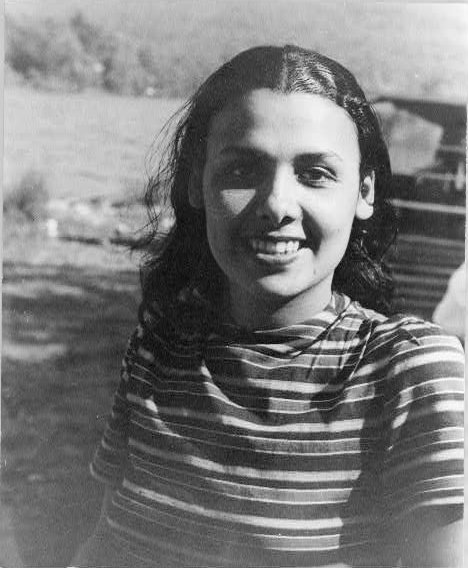 In the summer of 1980, Lena Horne, 63 years old and intent on retiring from show business, embarked on a two month series of benefit concerts sponsored by Delta Sigma Theta. These concerts were represented as Horne's farewell tour, yet her retirement lasted less than a year.

In May 1981, The Nederlander Organization booked Lena Horne for a four week engagement at the newly named Nederlander Theatre (formerly the Trafalgar, the Billy Rose and the National) on West 41st Street in New York City. The show was an instant success and was extended to a full year run, garnering Horne a special Tony award, and two Grammy Awards for the cast recording of her show "Lena Horne: The Lady and Her Music". The 333 performance Broadway run closed on Horne's 65 birthday, June 30, 1982. Later that same week, the entire show was performed again and video taped for television broadcast and home video release. The tour began a few days later at Tanglewood (MA) during the 1982 July 4th weekend. "The Lady and Her Music" toured 41 cities in the U.S and Canada through June 17, 1984. It played in London for a month in August and ended it's run in Stockholm, Sweden, September 14, 1984.

Horne appeared in Broadway musicals several times and in 1958 was nominated for the for "Best Actress in a Musical" (for her part in the "Calypso" musical "Jamaica") In 1981 she received a Special Tony Award for her one-woman show, "". Despite the show's considerable success (Horne still holds the record for the longest-running solo performance in Broadway history), she was not inclined to capitalize on the renewed interest in her career by undertaking many new musical projects. A proposed 1983 joint recording project between Horne and (to be produced by ) was ultimately abandoned, and her sole studio recording of the decade was 1988's "", featuring duets with and Joe Williams. In 1989, she received the .

The 1990s found Horne considerably more active in the recording studio - all the more remarkable considering she was approaching her 80th year. Following her 1993 performance at a tribute to the musical legacy of her good friend Billy Strayhorn ('s longtime pianist and arranger), she decided to record an album largely comprised of Strayhorn's and Ellington's songs the following year, "". To coincide with the release of the album, Horne made what would be her final concert performances at New York's Supper Club and . That same year, Horne also lent her vocals to a recording of "Embraceable You" on Sinatra's "Duets II" album. Though the album was largely derided by critics, the Sinatra-Horne pairing was generally regarded as its highlight. In 1995, a "live" album capturing her Supper Club performance was released (subsequently winning a Grammy Award for Best Jazz Vocal Album). In 1998, at the age of 81, Horne released another studio album, entitled "". Thereafter, Horne essentially retired from performing and largely retreated from public view, though she did return to the recording studio in 2000 to contribute vocal tracks on 's "Classic Ellington" album.

Horne also is noteworthy for her contributions to the . In 1941, she sang at and worked with , a singer who also combated American . During , when entertaining the troops for the USO, she refused to perform "for segregated audiences or to groups in which German s were seated in front of African American servicemen" [ [http://www.kennedy-center.org/calendar/index.cfm?fuseaction=showIndividual&entitY_id=3743&source_type=A Kennedy Center: Biographical information for Lena Horne ] ] , according to her biography. She was at an NAACP rally with in Jackson, Mississippi the weekend before Evers was assassinated. She was at the and spoke and performed in behalf of the , SNCC and the . She also worked with to pass anti-lynching laws. [ [http://www.notablebiographies.com/Ho-Jo/Horne-Lena.html Lena Horne Biography ] ]

In 2003, ABC announced that would star as Horne in a television (after it was rumored for years that would take the job). In the weeks following Jackson's "wardrobe malfunction" debacle during the 2004 Super Bowl, however, "Variety" reported that Horne demanded Jackson be dropped from the project. "ABC executives resisted Horne's demand," according to the report, "but Jackson representatives told the trade newspaper that she left willingly after Horne and her daughter, , asked that she not take part." stated to during a 2005 interview on "" that she might possibly consider producing the biopic herself, casting Keys as Horne.

In January 2005, , her label for more than a decade, announced that "the finishing touches have been put on a collection of rare and unreleased recordings by the legendary Horne made during her time on Blue Note. Remixed by her longtime producer Rodney Jones, the recordings featured Horne in remarkably secure voice for a woman of her years, and include versions of such signature songs as 'Something To Live For', 'Chelsea Bridge' and 'Stormy Weather'." The album, originally titled "Soul" but renamed "Seasons of a Life", was released on .

In 2007, Horne was portrayed by in the stage musical, "Stormy Weather," which will play at the in California in January and February of 2009.

Horne married Louis Jordan Jones in January 1937 and they lived in Pittsburgh. In December 1937 they had a daughter, Gail and in February 1940, a son, Edwin. Horne and Jones separated in 1940 and they divorced in 1944.

Lena Horne's second marriage was to , a , from December 1947 until his death in 1971. Hayton was one of the premier musical conductors and arrangers at MGM. In her as-told-to autobiography "Lena" by , Horne recounts the enormous pressures she and her husband faced as an interracial married couple. However, she later admitted ("Ebony", May 1980) that she really married Hayton to advance her career and cross the "color-line" in show business.

Horne is a member of Sorority, Incorporated.