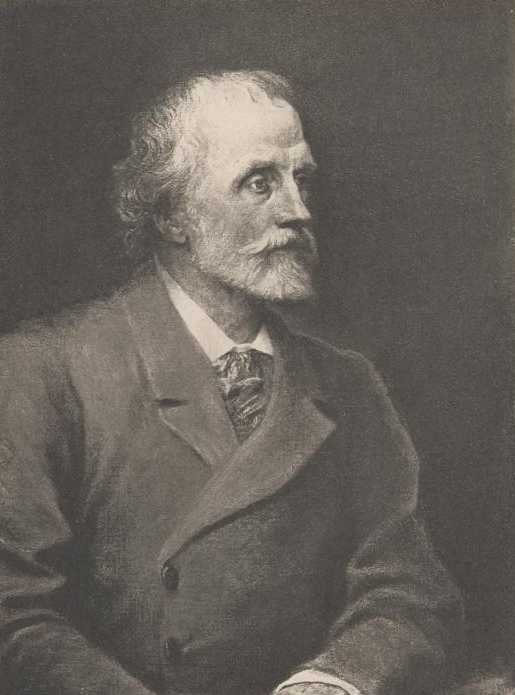 George Meredith, OM (, &ndash; , ) was an English and during the Victorian era.

Meredith was born in , , a son and grandson of naval outfitters.

He collected his early writings, first published in periodicals, into "Poems", published to some acclaim in 1851. His wife ran off with the English Pre-Raphaelite Painter Henry Wallis [1830-1916] in 1858; she died three years later. The collection of "sonnets" entitled "Modern Love" (1862) came of this experience as did "The Ordeal of Richard Feverel", his first "major novel".

He married in 1864 and settled in . He continued writing novels, and poetry, often inspired by nature. His writing was characterized by a fascination with imagery and indirect references. He had a keen understanding of comedy and his "Essay on Comedy"(1877) is still quoted in most discussions of the history of comic theory. In , published in 1879, he applies some of his theories of comedy in one of his most enduring novels. Some of his writings, including The Egoist, also highlight the subjection of women during the Victorian period. During most of his career, he had difficulty achieving popular success. His first truly successful novel was "Diana of the Crossways" published in 1885. Fact|date=June 2008

Meredith supplemented his often uncertain writer's income with a job as a publisher's reader. His advice to Chapman and Hall made him influential in the world of letters. His friends in the literary world included, at different times, William and , ,, , and . His contemporary Sir paid him homage in the short-story "", when says to during the discussion of the case, "And now let us talk about George Meredith, if you please, and we shall leave all minor matters until to-morrow." , in his dialogue , implies that Meredith, along with , is his favorite novelist, saying "Ah, Meredith! Who can define him? His style is chaos illumined by flashes of lightning".

Before his death, Meredith was honored from many quarters: he succeeded Lord Tennyson as president of the ; in 1905 he was appointed to the by King Edward VII.