The National Scout Organization of Thailand

The National Scout Organization of Thailand 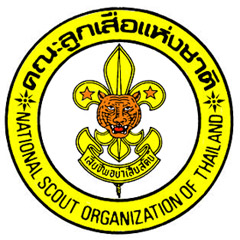 The National Scout Organization of Thailand (NSOT, คณะลูกเสือแห่งชาติ) is the national organization of . Scouting was founded in Thailand in 1911 and was among the charter members of the in 1922. The organization has 1,240,609 members (as of 2004) and is open to boys and girls.

Scouting was first introduced in Thailand on , by King , who is known as the "Father of Thai Scouting". Thailand claims to be the third country in the world to establish ,

Thailand is the only country in the world where Scouting was directly founded by a monarch. It is also honored with being one of the Founder Members of the World Organization of the Scout Movement back in 1922. Scouting appeals to the people of Thailand and receives strong support from the Royal family and government, which has facilitated the steady growth and development of the organization. The present monarch, King , is the Chief Scout and under his patronage, Scouting has flourished in Thailand. Thai Scouting has received much publicity due to its impressive work during emergencies. Such work includes taking part in ambulance and first aid teams, helping the Fire Brigade and assisting in flood control.

Scouting in Thailand is unique in that it is part of the school curriculum and receives strong support from the Thai government and people. Even the Royal Family are keen members. King Bhumibol (Rama IX) is the Chief Scout.

Although Scouting is part of the school program, especially for grades 6-8, it is not actually mandatory. Options do exist for participation in other youth programs, such as the Thai Red Cross; however, the vast majority of Thai youth participate in Scouting. Scouts wear their Scout uniforms to school once a week, though which day of the week is set by the local schools.

Thai youth are normally placed in a Scouting program based on the school grade they are in, not their age.

Sea Scouts are supported by the and Air Scouts by the .

King Scout: this award is available to Senior Scouts and is the Thai equivalent of the Eagle Scout award in American Scouting.

: On my honour I promise that I will be loyal to the Nation, the Religion and the King; help other people at all times; and obey the Scout Law.

: A Scout's honour is to be trusted.
A Scout is loyal to his Nation, his Religion, his King and is faithful to his benefactors.
A Scout's duty is to be useful and to help others.
A Scout is a friend to all, and a brother to every other Scout in the world.
A Scout is courteous.
A Scout is kind to animals.
A Scout respectfully obeys the orders of his parents and his superiors.
A Scout is very cheerful and is not afraid of troubles.
A Scout is thrifty.
A Scout is clean in thought, word and deed.
"(Note: Thai Scouting is open to all religions)"

The membership badge of The National Scout Organization of Thailand features the head of a . The country is within the tiger's range. The badge also carries the Scout Motto.