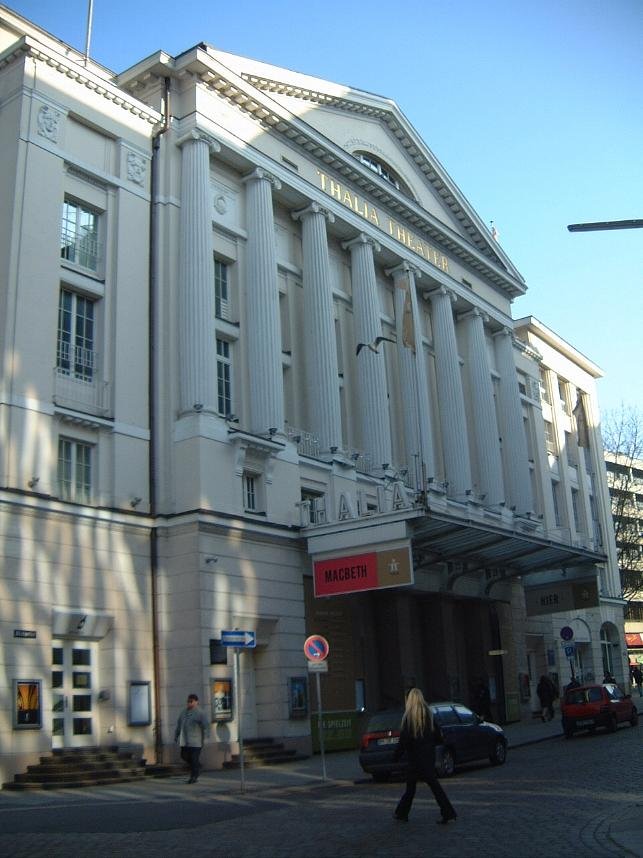 The Thalia Theater is one of the three state-owned theatres in , . It was founded in 1843 by and named after the . Today, it is home to one of Germany's most famous ensembles and stages around 9 new plays per season.Current theatre manager is .

In addition to its main building, located in the street "Raboisen" in the quarter "Hamburg-Alstadt" near the in Hamburg's inner city, the theatre operates a smaller stage, used for experimental plays, the Thalia in der Gaußstraße, located in the borough of Altona.

In October 1991 directed 's "" (German: "Im Dickicht der Städte") as part of a series of 'related texts', as she called them (which also included Büchner's "").

Performed by the ensemble in 2006