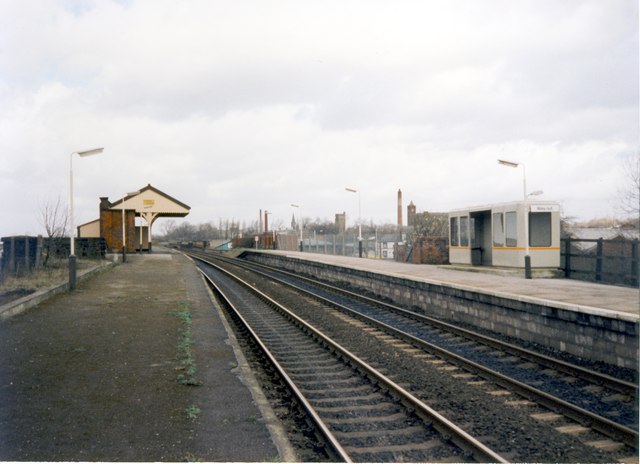 Originally simply "Hyde", it was built by the , opening in 1858 as a branch from its main line through to . From 1862 the branch was extended to New Mills to meet the 's extension of its line from Millers Dale. For a while it saw Midlands expresses from London. In 1875, however, a new more direct route was built through Bredbury.

The substantial station buildings were demolished in 1980 with a new booking office at street level.

Hyde is also served by Hyde North (on the same line as Hyde Central) and by Flowery Field, Newton for Hyde and Godley on the electrified Manchester to /Hadfield line.

Hyde Central is served by an hourly DMU service between and Rose Hill Marple.

There is no Sunday service.