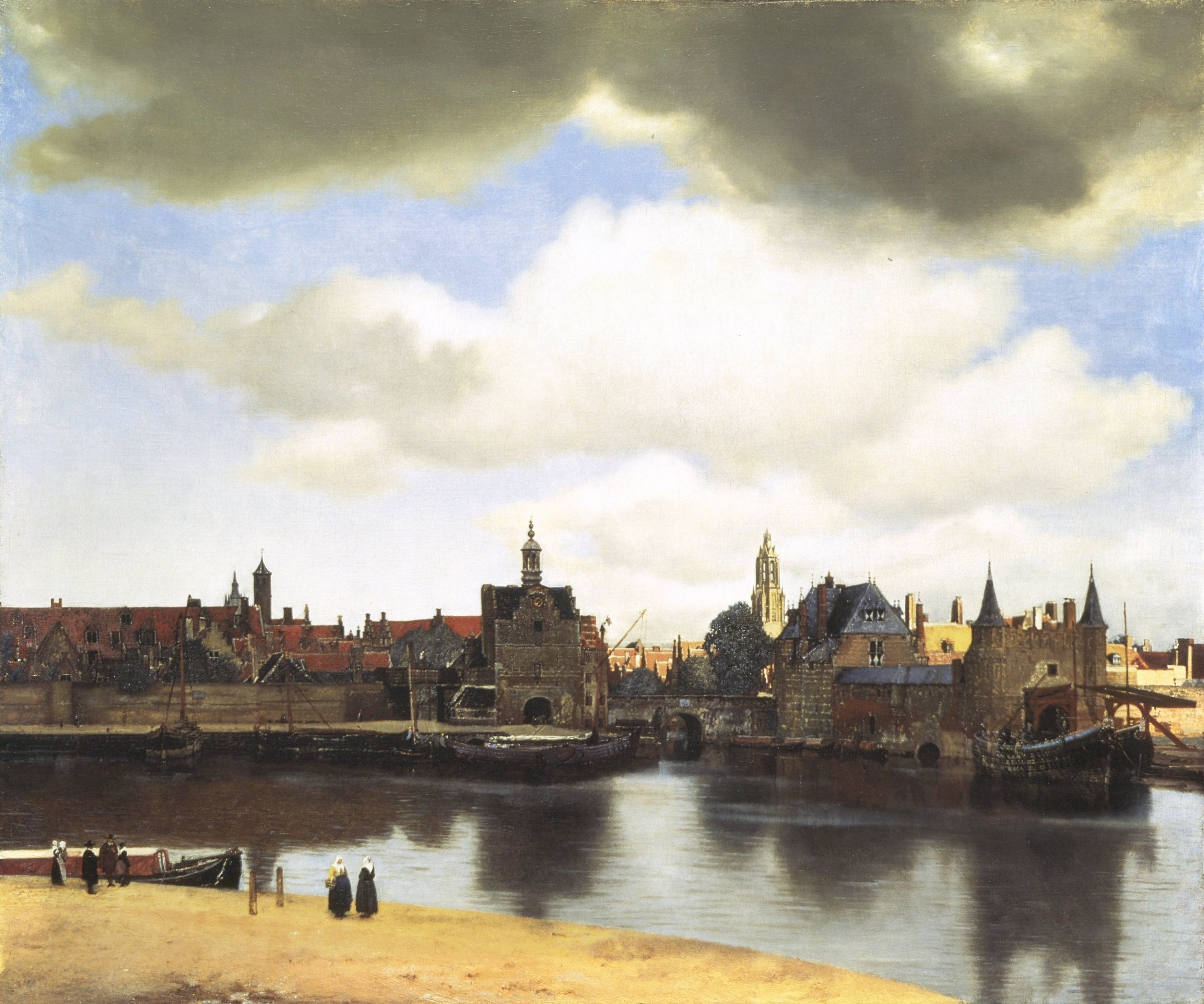 Topographic views of cities had become a tradition by the time Vermeer painted his famous canvas. was the author of two such works depicting , but they are more archaic in that they followed the traditional panoramic approach that can be seen in the two cityscapes by at the Berlin museum. The latter artist was one of the first to make use of the inverted Galilean to transcribe the preliminary prints and their proportions (more than twice as high as wide) into the more conventional format of his paintings.

Vermeer executed his "View of Delft" on the first floor of a house south of the river . He worked on the spot, but the optical instrument pointed toward the city and providing the artist with the aspect translated onto canvas, which we admire for its conciseness and special structure, was not the but the reversed telescope. It is only the latter that condenses the panoramic view of a given sector, diminishes the figures of the foreground to a smaller than normal magnification, emphasizes the foreground as we see it in the picture, and by the same token makes the remainder of the composition recede into space. The image thus obtained provides us with optical effects that, without being unique in Dutch seventeenth-century painting, as often claimed, convey a cityscape that is united in the composition and enveloped atmospherically into glowing light.

We admire the town, but it is not a profile view of a township, but an idealized representation of Delft, with its main characteristics simplified and then cast into the framework of a harbour mirroring selected reflections in the water, and a rich, full sky with magnificent cloud formations looming over it.

The "View of Delft" is chronologically the last painting by Vermeer that was executed in rich, full pigmentation, with colour accents put in with a fully loaded brush. The artist outdid himself in a rendition of his hometown, which stands as a truly great interpretation of nature.