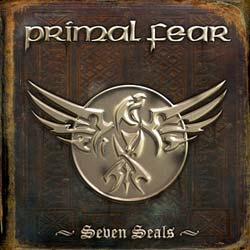 "Seven Seals" is the sixth album by the German band Primal Fear, released in November 2005. "Seven Seals" is the first album with artwork which does not contain a scene depicting their bird-of-prey mascot, but instead a logo based upon it (a burning version of which is also seen on their next studio album New Religion). The album is about the battle between Heaven and Hell and how Angels and Demons will be affected by it. The song "Evil Spell" tries to explain that all Demons are not Evil Creatures, they "Live under Evil Spells." The song "Seven Seals" is speaking of the Seven Seals broken in the Book of Revelation in the Bible. The Fourth Seal is The Pale Horse whose rider is named Death "and Hell followed with Him."

"It was also released as a Digibook with these as bonus tracks:"