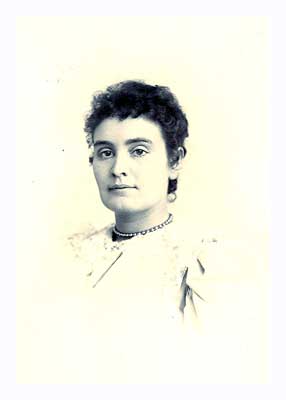 Anne Sullivan Macy, born Johanna Mansfield Sullivan, (, &ndash; , ) was a best known as the tutor of . She is also known as "Annie Sullivan".

Anne Sullivan was born in , a subsection of the town of , . Her parents, Thomas Sullivan and Alice Clohessy, were impoverished cooks who left in 1847 during the Potato Famine. Anne Sullivan’s father taught her Irish tradition and folklore. Her mother suffered from and died when Anne was nine. When she was ten, Anne had to move in with a relative, who later sent her and her brother to the Tewksbury (today ). [ [http://www.tewksburyhistoricalsociety.org/Archives/StateHospital/ Tewksbury Historical Society, Tewksbury Massachusetts ] ] Anne Sullivan spent her time there with her younger brother, Jimmie, in hopes that they would not be separated; however, his condition resulting from a tubercular hip weakened him and he died a few months later.

When Anne Sullivan was three she began having trouble with her eyesight; at age five, she contracted the eye disease , a bacterial infection that often causes blindness by scarring. Sullivan underwent a long string of surgeries. Doctors in Tewksbury had made a few vain attempts to clean her eyelids. Later, Father Barbara, the chaplain of the nearest hospital, took it upon himself to arrange a procedure. This operation failed to correct her vision. Still more attempts were made. Father Barbara took her to the Boston City Infirmary (today Massachusetts Eye & Ear Infirmary [ [http://www.meei.harvard.edu/ Massachusetts Eye and Ear Infirmary ] ] [ [http://en.wikipedia.org/wiki/Meei Massachusetts Eye and Ear Infirmary - Wikipedia, the free encyclopedia ] at en.wikipedia.org] ) this time, where she had two more operations. Even after this attempt her vision remained blurry. Sullivan returned to Tewksbury, against her will. After four years there, in 1880, she entered the where she underwent surgery in 1881 and regained some of her sight. After the improvement of her eyesight, and graduating as class in 1886, a founder of the Perkins Institute for the Blind, Franklin Benjamin Sanborn, encouraged her to teach . [ [http://www.rnib.org.uk/xpedio/groups/public/documents/publicwebsite/public_keller.hcsp The life of Helen Keller ] ] In 1887, Sullivan had an additional surgery which restored more of her vision.

Sullivan moved in with her charge and, acting as , began teaching Keller nouns using the sign language alphabet signed into Keller's palm. The first word Helen learned was "doll". Her second word was "water". In 1888, the pair went to the Perkins Institution together, then 's Wright-Humasen School, then the Cambridge School for Young Ladies, and finally to . Keller graduated from Radcliffe in 1904 and after that, they moved together to , and lived on a benefactor's farm.

On May 2, 1905, Sullivan married a professor and critic, John Albert Macy (1877 – 1932), eleven years her junior, who had helped Keller with her autobiography. Within a few years, their marriage began to disintegrate. By 1914 they had separated, though they never officially divorced. In the early years after their separation John Macy wrote and asked for money; however, as the years progressed he appears to have faded from her life. Macy died at the age of 55 in 1932. Sullivan stayed with Keller at her home and joined her on tours. In 1935, she became completely blind. She died in , on October 20, 1936.

A public school, PS 238, in the neighborhood of was named in Sullivan's honor. Annie Sullivan Middle School in Franklin, Massachusetts was named after Sullivan, and there is also a large building named after her located at Tewksbury State Hospital in Tewksbury Massachusetts which houses several state agencies and a large day care center.