Composer =
Label = RCA
Producer = Bewlay Bros.
Tracks =
prev = "Some Weird Sin"
prev_no = 3
next = "Tonight"
next_no = 5
Misc =
"The Passenger" is a song by the artist . This song was first released on the "Lust for Life" album in 1977; it was also released as the of the album's only single, "Success". In the summer of 2007 alternative rock radio stations around the USA resumed playing the song in concordance with Iggy Pop and The Stooges tour in that country.

The lyrics, written by Iggy Pop allegedly aboard Berlin's S-Bahn, have been interpreted as embodying the nomadic spirit of the punk outcast. The music was written by guitarist . Whilst possessed of a distinctive riff, "The Passenger" is perhaps most recognizable by its chorus of repeated "la-la" scatting on which originally sang backup.

In 1998 the song was released as a single in the UK after being used in a TV commercial for Toyota's new Avensis. The single peaked at number twenty-two.

used the song for a television advertisement featuring an airplane flying through a pint-glass-shaped valley with clouds representing the beer's foamy head.

The song has been featured in the movie "Radiofreccia", TV spots for the film "", the television show "", the film "Jarhead" and the 2002 video game "". More recently, the film "" featured the song on its teaser trailer, and is played in a shoppe early in the film. It can also be heard in "", the documentary exploration of the life and influences of Nirvana's doomed front man. "" includes the song on its music selection menu. It is also currently being used in a series of commercials advertising the new "Simply Vera" line of clothing designed by . 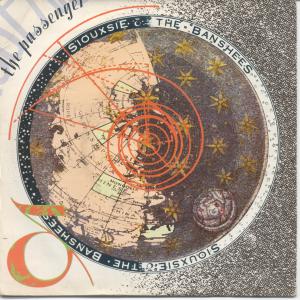 
English band covered "The Passenger" in 1987 for their all-cover-versions album "Through the Looking Glass". Released as the second single from that album, it peaked at number forty-one in the .