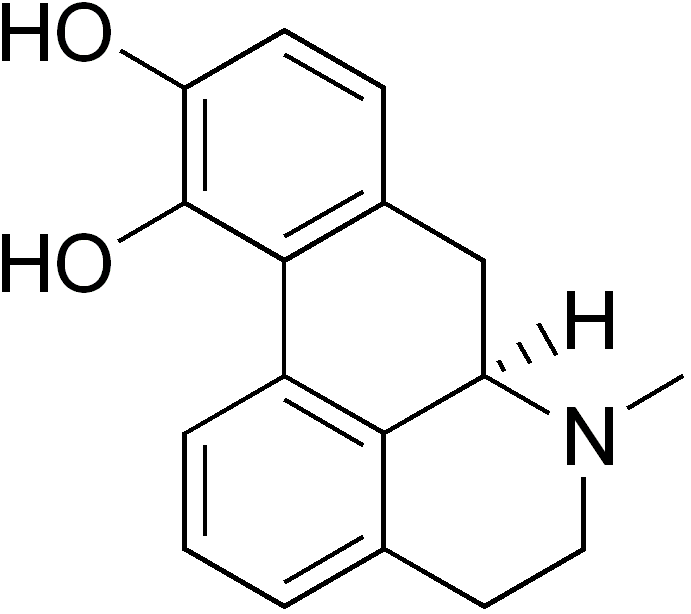 Historically, apomorphine has been tried for a variety of uses including psychiatric treatment of homosexuality in the early 20th century. Currently, apomorphine is used in the treatment of and (under the name Uprima) of . It was also successfully used in the treatment of , a purpose for which it was championed by the author . It is a potent (i.e. it induces vomiting) and should not be administered without an such as . The emetic properties of apomorphine are exploited in veterinary medicine to induce therapeutic emesis in canines that have recently ingested toxic or foreign substances.

Apomorphine is colourless as a liquid but stains green. Therefore care must be taken to avoid splashes. Apormophine does not remain stable for more than 24 hours in a plastic container, so syringes are discarded if not used within 24 hours.

Use in Parkinson's disease

Therapeutic use in Parkinson's disease is effective because of the drug's strong dopaminergic action, with a rapid effect (within 3-20 minutes of injection) but a brief duration. While apomorphine can be used in combination with , the intention is usually to wean patients off of this, as by this stage they will probably be experiencing a great deal of dopa-induced dyskinesias and "off" periods. Following a successful apomorphine challenge, training of patient and caregiver, and careful dose titration, there is no reason why an apomorphine pump can not be an effective .

Apomorphine hydrochloride (trade name "Uprima") is used in the treatment of (male ). It is its mode of stimulating in the brain which is believed to enhance the sexual response. It was found to be of poor efficacy