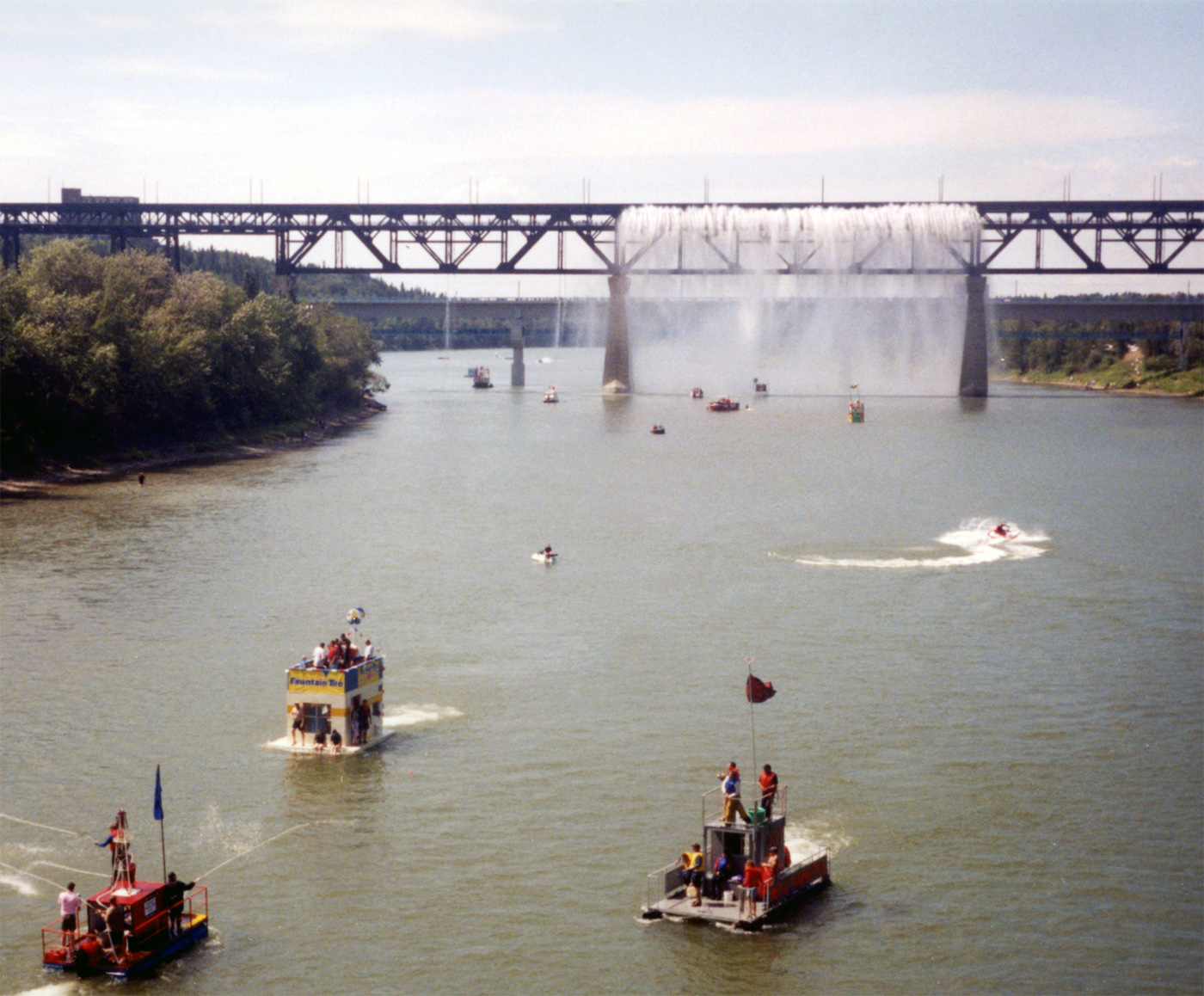 The High Level Bridge, opened in 1913, spans the in . Located next to the , the bridge linked the then-separate communities of and Strathcona. It was designed from the outset to accommodate rail, streetcar, automobile and pedestrian traffic. The , responsible for the design of the bridge, ceased rail operations over the span in 1989. In summer months, members of the public can ride the over the top deck. The bridge was designated a Municipal Historic Resource in 1995 [ [http://hermis.cd.gov.ab.ca/ARHP/Details.aspx?DeptID=1&ObjectID=4664-0031 Alberta Register Historic Places - High Level Bridge] ] .

In 1980, the "Great Divide Waterfall," by artist Peter Lewis, was added to the structure. This man-made waterfall drops 45 metres (150 feet) from the top of the bridge into the North Saskatchewan below, and operates during holiday weekends in the summer months.It is the world's first man-made waterfall.

Extensive repairs and the addition and widening of pedestrian sidewalks were completed in 1994-95. The original lead paint on the bridge was carefully removed and over 100,000 litres of paint were used to recoat the girders.

Currently the upper level is the property of the Province of Alberta, so as to allow for the future high speed rail link transportation corridor to have access to downtown.

The Edmonton-area uses a rivet hammer purportedly used in the bridge's construction as part of its ceremony.

Between the May Long weekend, and Thanksgiving Long weekend during the summer months, people can take a ride across the High Level bridge on a street car that was restored and operated by the Edmonton Radial Railway Society. The ride begins at Tracks just near Whyte Avenue and extends North over the High Level bridge to Government Centre, at which point it returns to its original starting point. During Summer festivals such as the Fringe, service is extended to accommodate the increase in crowds.