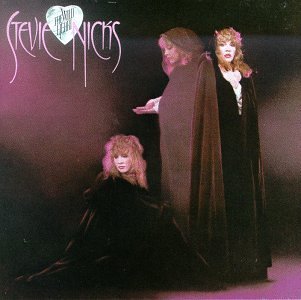 "The Wild Heart" is the second solo album by American singer/songwriter and vocalist . Released in summer 1983, a year after 's successful #1 album "Mirage", it reached #5 on the U.S. Billboard charts and achieved Platinum status on th, . It has sold over 2 million copies in the U.S. to date, achieving double-platinum status in 1993, ten years after its release.

The album is notable for its array of prominent guest musicians. made a return to write "I Will Run to You", on which his bandmates from the Heartbreakers performed. Nicks' bandmate, drummer , made an appearance on the track "Sable on Blond". Toto's contributed some of the guitar work on what would become the album's biggest hit single, "Stand Back" (#5), which also features an uncredited contribution from Prince, who played the synthesizer track. Nicks also worked with friend Sandy Stewart, who wrote the music for three tracks on the album and performed on several (Stewart would go on to write the 1987 hit "Seven Wonders"). The album's final track, "Beauty and the Beast", features a full string section.