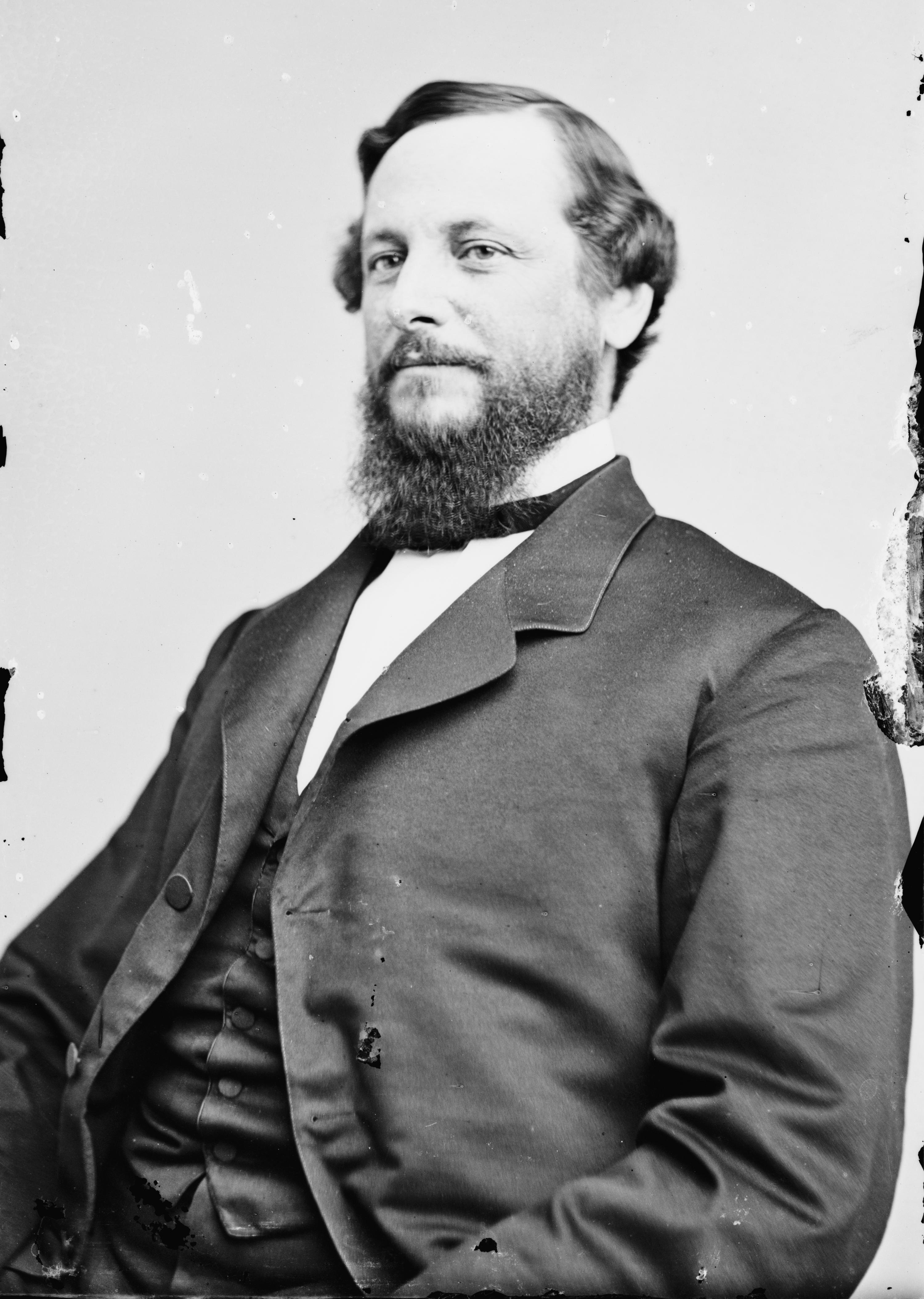 George Hunt Pendleton (, &ndash; , ) was a Representative and a Senator from . Nicknamed "Gentleman George" for his demeanor, he was the Democratic nominee for during the Civil War in 1864, running as a peace Democrat with war Democrat ; they lost to . He is best known as the principal author of the Pendleton Civil Service Reform Act of 1883

Pendleton was born in . He was the son of and attended the local schools and Cincinnati College and the in . Pendleton studied law and was admitted to the bar in 1847 and commenced practice in Cincinnati.

He was a member of the from 1854 to 1856. In 1854 he ran unsuccessfully for the . Three years later he was elected as a Democrat to the Thirty-fifth Congress and also succeeded in being reelected to the three following Congresses (, to , ), but in 1864 he failed to be elected to the Thirty-ninth Congress. Pendleton was a noted antiwar Democrat.

He was one of the managers appointed by the House of Representatives in 1862 to conduct the proceedings against , United States judge for several districts of . He was a leader of the peace faction of the Democratic party, with close ties to the Copperheads. He ran in the 1864 U.S. presidential elections for Vice President, together with George McClellan. Their opponents were Abraham Lincoln (President) and (nominee for Vice President). McClellan and Pendleton lost, receiving about 45% of the vote.

Pendleton also failed to be elected to the Fortieth Congress and was an unsuccessful Democratic candidate for in 1869, losing to .

In 1869 he became president of the Kentucky Central Railroad and kept this position until he was elected as a Democrat to the in 1879. He served six years in the Senate from , , to , , but was unsuccessful in winning renomination. During this time, he sponsored the of 1883 in response to the of President by . The Act helped put an end to the system of that was in widespread use at the time.

Pendleton had a very Jacksonian commitment to the Democratic party as the best, perhaps the only, mechanism through which ordinary Americans could shape government policies. Mach (2007) argues that Pendleton's chief contribution was to pshow how a "Whiggish" willingness to use the power of government could be used to achieve Jacksonian ideals. So, while his Jacksonian commitment to states' rights and limited government made him a dissenter during the Civil War, what Mach calls Pendleton's Jacksonian "ardor to expand opportunities for ordinary Americans" was the basis for his leadership in civil service reform and his controversial plan to use greenbacks to repay federal debt. What appeared to be a substantive ideological shift, Mach argues, represented Pendleton's pragmatic willingness to use new means to achieve old ends.

The city of is named after him. The Senator in Cincinnati is a and was listed on the in 1966.