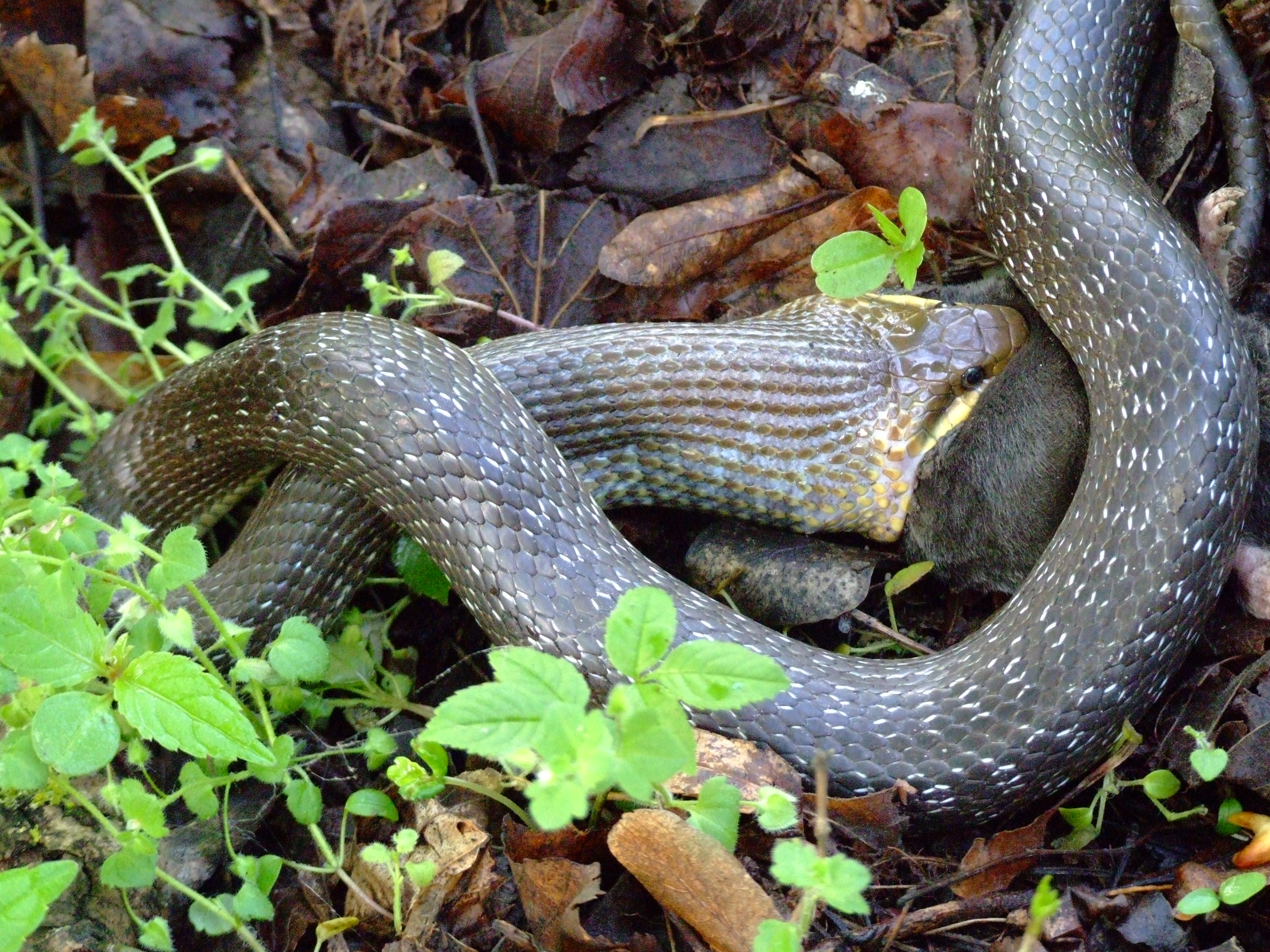 Aesculapian Snake ("Elaphe longissima" or "Zamenis longissimus") is a native to .

It is a large slender non-venomous snake, which is an excellent tree-climber. When young, it feeds on lizards, as an adult its diet consists of rodents, moles, and shrews, young birds and eggs which it kills by constriction, or suffocation by eating its victim head first. Female lay clutches of 5-8 eggs in June/July.

A self-sustaining colony of Aesculapian Snakes (sometimes referred to as the rat snake) established itself in North during the 1970s. Although this snake is an alien species to the , it is considered harmless and poses no threat. There is a small colony within the Welsh Mountain Zoo and are also found in the nearby gardens. This species is also associated with and Medical History. It is said that the staff of has "Elaphe longissima" coiled around it. This is not to be confused with the staff of (the winged staff with two snakes).This species is also found in some places of and where Roman temples of healing were established.There have been a couple color morphs discovered with this species: Amelanism (), and .

It appears on the medical symbol, the .

It is common in the Loire Valley region of France, as well as in the Bieszczady Mountains and Beskidy Mountains in Poland. However, facing extinction.