The Dragons of Eden (album)

The Dragons of Eden (album) 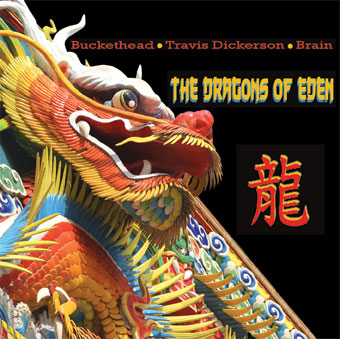 "The Dragons of Eden" is an album made by guitarist , producer and keyboardist and drummer Bryan "Brain" Mantia. It was released September 17th, 2008 through Dickerson's label .

The first clues were revealed on September 13th through the forum of the label: a symbol appeared in the "upcoming releases" section, which was linked to a page containing a picture of the symbol and the words "Yan Kàn".

On September 15, the page changed and they added the face of a Dragon to the existing picture. Fans started to speculate about the symbol, which was eventually described as the symbol of "Dragon" in Chinese. The words below the dragon were later translated as "Coming Soon".

On September 16, the picture changed again and the body of the dragon was added, along with the lower half of the letters of the title of the album.

On September 17, the producer , officially announced the album in the forums. According to Travis:

cquote|The Dragons CD was not supposed to be announced till today after the first tour show where 3 new CDs where offered for sale. It was a little dull around here so I started what I though were pretty obscure glues above the posts here on the forum.

Of the three new CDs on the tour, two of them will be tour only for the time being. The third one, "The Dragons Of Eden", will be for sale here later today.

Special thanks to Cameron Stone.

[http://travisdickersonmusic.com/store/dragons.html Information on buying the album]

[http://bucketheadland.proboards19.com/index.cgi?board=general&action=display&thread=15141 Forums with information of the album]