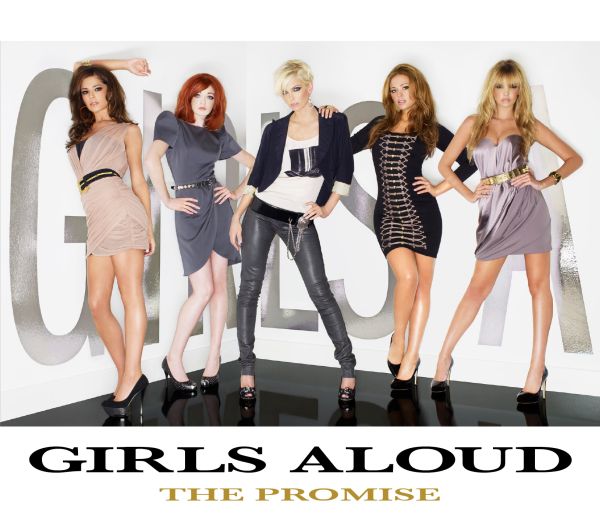 "The Promise" is the nineteenth single by the British girl group , and the first single to be taken from the band's fifth studio album "Out of Control".

The song is notable for its 1960s influence.

In the music video, Girls Aloud are at a '50s-and-'60s-inspired drive-in movie theatre. has a loose beehive hairstyle, while has a style and channels the famous '60s model . [ cite web | url=http://www.dailymail.co.uk/tvshowbiz/article-1063570/Just-supreme-Girls-Aloud-swing-Sixties-new-video.html | title=Just supreme: Girls Aloud swing back to the Sixties for their new video | work= | publisher= | date=2008-09-29 | accessdate=2008-09-29 ] The drive-in is actually playing a film of Girls Aloud performing "The Promise" in shimmering ed dresses. [ cite web | url=http://www.metro.co.uk/fame/article.html?Girls_Aloud_swing_back_to_the_sixties&in_article_id=328371&in_page_id=7 | title=Grls Aloud swing back to the sixties | author=Andrei Harmsworth | work=Metro | publisher= | date=2008-09-26 | accessdate=2008-09-26 ] They are performing with a band and imitating girl groups such as . [ cite web | url=http://www.thesun.co.uk/sol/homepage/showbiz/music/article1738161.ece | title=Girls Aloud step back in time | author=Nadie Mendoza | work= | publisher= | date=2008-09-26 | accessdate=2008-09-26 ] Meanwhile, at the drive-in, other male customers flirt with Girls Aloud. gets out of the car and walks in front of the screen to sing her "Here I am, walking Primrose..." verse, while the other girls laugh and sounds her horn at Harding. Girls Aloud occasionally sing along with their lines as well. The music video features flickering and flashes to emulate films of the time.

The band performed the track live at the following events: