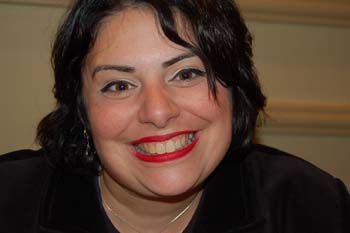 Holly Black "née" Riggenbach (born ) is an American writer and editor, best known for authoring "The Spiderwick Chronicles", a series of children's fantasy books she created with illustrator .

Black was born in New Jersey

She married her high school sweetheart, Theo Black, himself an accomplished illustrator and web designer, in 1999.

Black edited and contributed to the role-playing culture magazine "d8" in 1996.

"" was a finalist for the Mythopoeic Award, and the recipient of the 2005 .Other Novels since these include "Ironside: A Modern Faery's Tale" which sold over 18,000 copies in America alone.

Black is co-executive producer of a film adaptation of "The Spiderwick Chronicles", released in February 2008.

"The Spiderwick Chronicles" has also been released as a video game from .