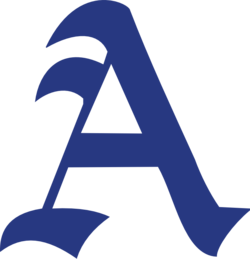 The Auburn High School Tigers are the athletic teams which represent in Auburn, . Auburn High School's athletics program fields twenty-one sporting teams as a member of the large-school classification (6A) of the . The Tigers' school colors are and white and the school's mascot is a tiger named Samford.

The Auburn High School Tigers are generally referred to as the Auburn Tigers when context precludes confusion with the .

Major sporting facilities and their main use include:

Auburn High School's primary fight song is "". The lyrics to "Hooray for Auburn!" come from a that was commonly used in the mid-twentieth century. In 1961, Auburn High School band director Tommy Goff wrote music to fit those lyrics to create the current fight song. In subsequent years, the fight song was adopted by other schools, including and . At football games, "Hooray for Auburn!" is played after a . [Auburn High School Band music library, "Hooray for Auburn!"; interview with Tommy Goff, 2002; Jimmy White, "Friday pep rally sends team on the road to state", "Prattville Progress", December 13, 2006; . The lyrics to "Hooray for Auburn!" fall into the public domain because they were within the United States (or the United Nations Headquarters in New York subject to Section 7 of the ) before 1964, and copyright was not renewed. See also the [http://www.scils.rutgers.edu/~lesk/copyrenew.html Rutgers copyright renewal records] and [http://collections.stanford.edu/copyrightrenewals/bin/page?forward=home Stanford Copyright Renewal Database] for further information. The act of publication occurred when the music and lyrics were offered by the copyright holder to LaFayette High School in 1963.] "Glory, Glory to Ole Auburn"—oftentimes simply "Glory"—was Auburn High's fight song before "Hooray for Auburn!" was written in 1961 and is currently a secondary fight song of Auburn High. "Glory, Glory to Ole Auburn" has the tune of the chorus of the "", while the lyrics are identical to those of the 's "Glory, Glory" but substitute the word "Auburn" for "Georgia". At football games, "Glory, Glory to Ole Auburn" is played after a successful PAT conversion. [Interview with Tommy Goff, 2002. The lyrics to "Glory, Glory to Ole Auburn" fall into the public domain because they are a rewording of the chorus of Amherst's "Marching Song of the Alumni" and Georgia's both of which were published prior to 1923. See "Amherst Graduates' Quarterly" (1911), p. 15."] wikisource|We're Loyal to You, Auburn HighFor the 1955 football season, Auburn High used the Alabama Polytechnic Institute fight song "". An earlier school song, "We're Loyal to You, Auburn High", was used from the 1920s through the 1940s. "We're Loyal to You, Auburn High" has the melody of "". [Carolyn Jenkins, "Ephemera - Lee County High School", "Carolyn Jenkins Collection, RG 93", Auburn University Special Collections and Archives (1927).]

Auburn High's is the . The tiger was chosen because of its association with Auburn in 's 1770 poem "". The first line of the poem is "Sweet Auburn! Loveliest village of the plain", while a later line describes Auburn as, "where crouching tigers wait their hapless prey."

Auburn High's costumed mascot is Samford, an anthropomorphic tiger. Samford was created in 1995 and named for three symbols of the school: Samford Avenue, which runs by the school; , Auburn High's football stadium; and , the most prominent building in Auburn. Kari Pierce was the first Samford in 1995. [Auburn High School, "The Tiger", vol. 52.]