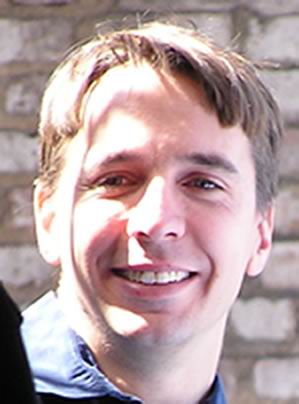 Richard Rusczyk (last name "RUH-sic") is the founder of (AoPS) Inc. and a co-author of the Art of Problem Solving textbooks. He is one of the co-creators of the , and the director of the USA Mathematical Talent Search (USAMTS). He also founded the .

Richard Rusczyk served as telecaster for the airings of the National contest for several years and was the keynote speaker one year. Rusczyk regularly volunteers at chapter, state, and national Mathcounts competitions. In Rusczyk was a winner of the (USAMO).

During the summer of , Richard Rusczyk, , and organized the , a popular high school math competition.

Rusczyk graduated from in 1993. He served on the board for and managed the Western ARML site at one point.

"The Art of Problem Solving"

In , Rusczyk and wrote the books, designed to prepare students for mathematical competitions by teaching them concepts and problem solving methods rarely taught in school. These books lent their name to the company he founded in .

After a successful career as a bond trader working for D.E. Shaw & Company, Rusczyk founded AoPS Incorporated, with the purpose of educating students to excel in mathematics and problem solving. AoPS offers a multitude of free resources for students, mathematical [http://www.artofproblemsolving.com/Classes/AoPS_C_About.php classes] , as well as hosting one of the largest [http://www.artofproblemsolving.com/Forum/ math forums] on the . Most recently, Rusczyk wrote an Introductory textbook and an Introductory textbook. His company also publishes other books by different members of the staff, such as Introductory by .

Rusczyk founded and serves on the board of the nonprofit , which he created to find ways to create opportunities for avid students of mathematics. The AoPS Foundation manages the () and finances donations for numerous local math initiatives around the United States.

Rusczyk frequently writes articles for avid math students based on his past experiences as both a and a . He publishes them for free on the web.