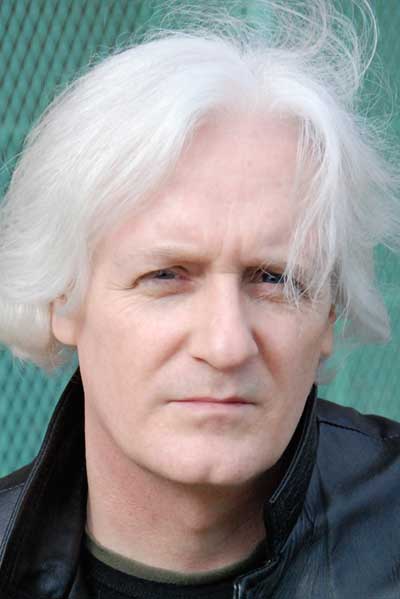 Richard O'Donnell (born , in , ) is a , producer, actor, and stand-up comic living in . He has worked and lived in City and where he has written and performed for the stage and television. O'Donnell wrote the award-winning show "One & One", 's "A Manhattan Showboat", and co-founded the theatre company, the cabaret, and the "" television show.

Richard O'Donnell began in the entertainment industry as a professional

In 1978, at 22 years-old, Richard O'Donnell co-authored the book (with Fred Bennett) and the music and lyrics

For "Showplace of the Nation", , O'Donnell co-wrote a hit mega-review entitled, "A Manhattan Showboat" in 1979 that celebrated over 100 years of American entertainment.

He was invited to participate in the 's "New Directors" program based on the merits of an original "Closet Lovers", directed by tap-legend Miriam Nelson and scored by .

In the 1980's, billed as "The Double R" , in collaboration with writer , O'Donnell co-penned and consecutively performed in several productions including "Spare Parts", "Blood-brothers", and "Entrees" at The 78th Street Theatre Lab, The Lion Theatre, and West Bank Cafe. The Double R were regular guests on the Linda Lichtman Comedy hour, WNBC Radio, 30 Rockefeller Plaza

In 1983 Richard O'Donnell was contracted by -winning producer James B. McKenzie to create an after-show review to complement evening performances of the in Fish Creek, . The Comedy , as it came to be known, was an immediate success and returned to for a follow-up season in 1984 as in its own 100-seat theater in Baileys Harbor. O'Donnell also took to the main stage at , starring in two highly acclaimed title roles

In 1998, O'Donnell was commissioned to write the book, music, and lyrics for a new musical play entitled "Wish Wisconsin", to celebrate the state's 150th birthday. Directed and produced by Amy McKenzie, it opened Friday January 2, in the Fish Creek Town Hall Auditorium. Songs of merit included "Wish", "So Blessed", and the show-stopper "Oh!, Wisconsin".

Following the summer-stock season in 1983 Richard O'Donnell co-founded (with Amy McKenzie) the highly acclaimed Chicago theater company (1984-1987). Throughout its run, O'Donnell produced, wrote, composed, , and acted in numerous productions with actors , Amy McKenzie, Todd Erickson, Bobby McGuire, Peter Neville, Michael Dempsey, Lisa Keefe, Caroline Schless and Tom Purcell (head writer ). Productions included the cult-hits "An Evening with Elmore & Gwendolyn Putts - The Neighbors Next Door" and "The TV Dinner Hour" (the later featured , formerly ImrovOlympic, founder ). Rick Kogan of the hailed both productions as "Among the most polished and clever productions of the season, a pair of devilishly inventive shows that won over critics and audiences alike."

As a stand-up comic billed as R. O'Donnell, he played numerous clubs

O'Donnell co-produced the , which played, among other venues, at the 500-seat Chicago Improv Comedy Club

In 1999, O'Donnell went on to Executive Produce and host "" which also aired on , , a comedy anthology featuring short works by The featuring (), (), and (), along with (), among many other independent film and video makers. It is said that O'Donnell hoped his new comedy series would shift the LA and NYC comedy spotlights to talent.