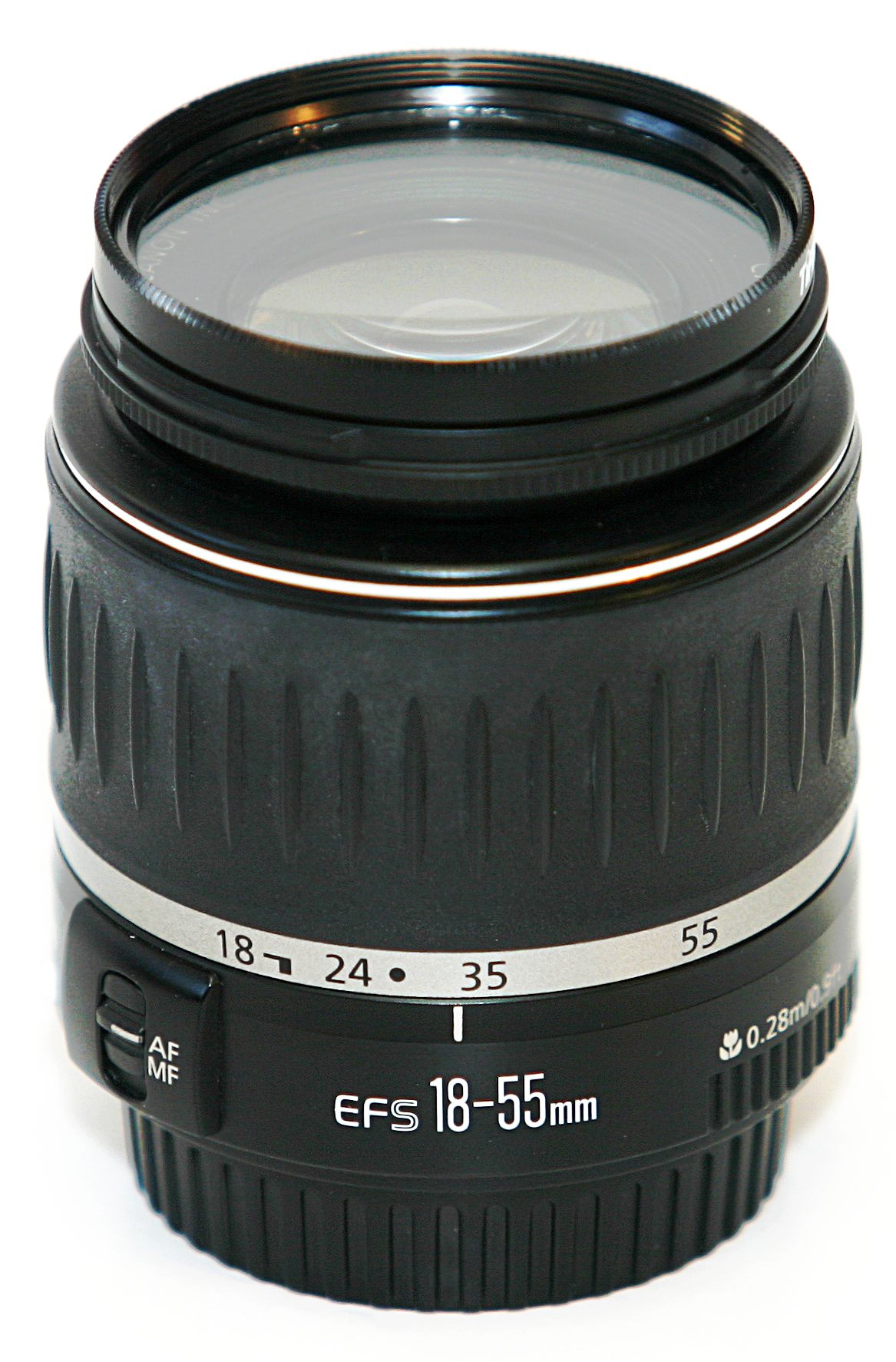 The 18-55 IS is currently sold as a bundled with Canon's consumer digital DSLRs, replacing the 18-55 Mk I/II (USM-less version) in this role.

This is a low-cost lens and the image and build quality reflect this. The lens is of plastic construction, including the lens mount. Unlike many Canon lenses, the EF-S 18-55mm I/II USM and the 18-55mm I/II are manufactured in Taiwan rather than Japan. The optical quality of the lens is variable depending on the quality of an individual lens. Generally, however, this version of the lens is soft to very soft and must be stopped down to gain acceptable sharpness. Barrel distortion becomes quite noticeable at the wide-angle setting and (purple fringing) is common.

This is a low-cost lens and the build quality reflects this. However, the image quality of the IS version of the lens does not. Compared its older sibling, and even to other Canon consumer zooms, the IS version of the lens is sharper wide open. Also, compared to its older sibling, the IS lens displays less chromatic aberration. However, barrel distortion has not been improved. Finally, unlike its siblings, the EF-S 18-55 IS is manufactured in Japan rather than Taiwan, and has slightly better build quality.

The EF–S 18–55mm is the lowest end Canon general purpose zoom, but its low cost (as part of a kit) makes it a good value.

The is the corresponding EF lens.