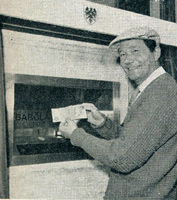 Reg Varney's father worked in a rubber factory in and he was one of five children who grew up in Addington Road, Canning Town. He was educated at nearby Star Lane Primary School in and after leaving school at 14, he worked as a messenger boy and a page boy at the Regent Palace Hotel. He took piano lessons as a child and was sufficiently proficient to get work as a part-time piano player. His first paid engagement was at Plumstead Radical Club in , for which he was paid eight shillings and sixpence. He also played in s, pubs and ABC cinemas, and later sang with Big Bands of the time. He and his mother decided that showbiz was the career for him, and he gave up his day jobs.

During , he joined the , but continued performing as an army entertainer which included a tour of the Far East. After being , he starred on stage in the late 1940s in a comic revue entitled "Gaytime". His stooge in the act was . He then went on to become an all round entertainer, working his way around the s.

In 1961, he got the role as a foreman in a TV series called "". Also around this time he did a show for BBC TV called "" where he performed seven different characters in front of an audience at the Shepherd's Bush theatre in London. Varney rushed about at a frantic pace on stage as he changed clothes between characters. After that followed another comedy role in "Beggar My Neighbour"; this also starred , , and . Pat Coombs was to play Reg Varney's wife and would later appear in the "On The Buses" movie. The series ran from March 1967 to March 1968 (24 episodes of 30 minute duration) and a short special was shown as part of "Christmas Night With The Stars" on . In 1966 he starred in "" as Gilbert.

On , the world's first voucher based cash dispensing machine was installed at a branch of Barclays Bank on Church Street in Enfield, Middlesex. For publicity purposes, Varney made the first withdrawal.

His greatest success was in the sitcom "" which was written by Ronald Chesney and Ronald Wolfe, who had also written "The Rag Trade". Varney played the lead character of Stan Butler, a long suffering but loyal man who never gets his way with the ladies.

The show was a great success and Varney started to take on more film roles. These included "Go For A Take" and "The Best Pair of Legs In The Business". In the latter, Varney plays a drag artist-cum-compère at a caravan holiday site. "Down The Gate" where he played a Billingsgate Fish Porter followed, but was not a great success. He was also in the remake of the film "The Plank".

He also made six hour-long spectaculars called "The Other Reg Varney", and later his cabaret act toured , and . In 1988, "On The Buses" went onto the stage and again Varney went over to Australia to play Stan.

During the 1990s, Varney was forced to retire because of health problems, and he now spends his time between his residence in a small village near Dartmouth and a villa in .