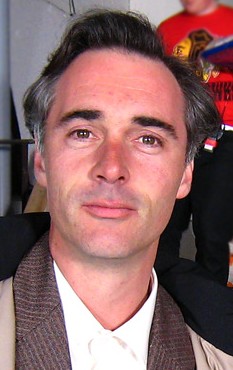 Greg Wise (born ) is a British . He has appeared in many British television works, as well as several feature films (notably the role of John Willoughby in "Sense and Sensibility").

He was born to parents in , , and graduated in architecture himself before moving to where he studied drama at the . He then travelled in the .

His Television work includes three period dramas: "" with , "" with and as Lord Charles Maulver in the 2007 five-part series Cranford.

He has been married to since 2003 and they have a daughter, Gaia Romilly Wise. He also plays the .