Far Away in Time

Far Away in Time 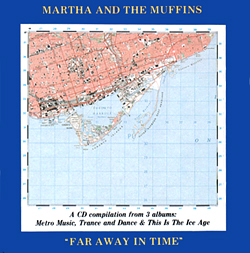 The album was compiled without any input from the band [http://www.thecia.net/users/hamilton/muffins/history.html] , and the poorly-researched liner notes by Mick Wall (in the 1993 re-issue) contain numerous errors about the history of the band's various line-ups, as well as several errors about the origins of the tracks on this compilation. The correct information is listed above.