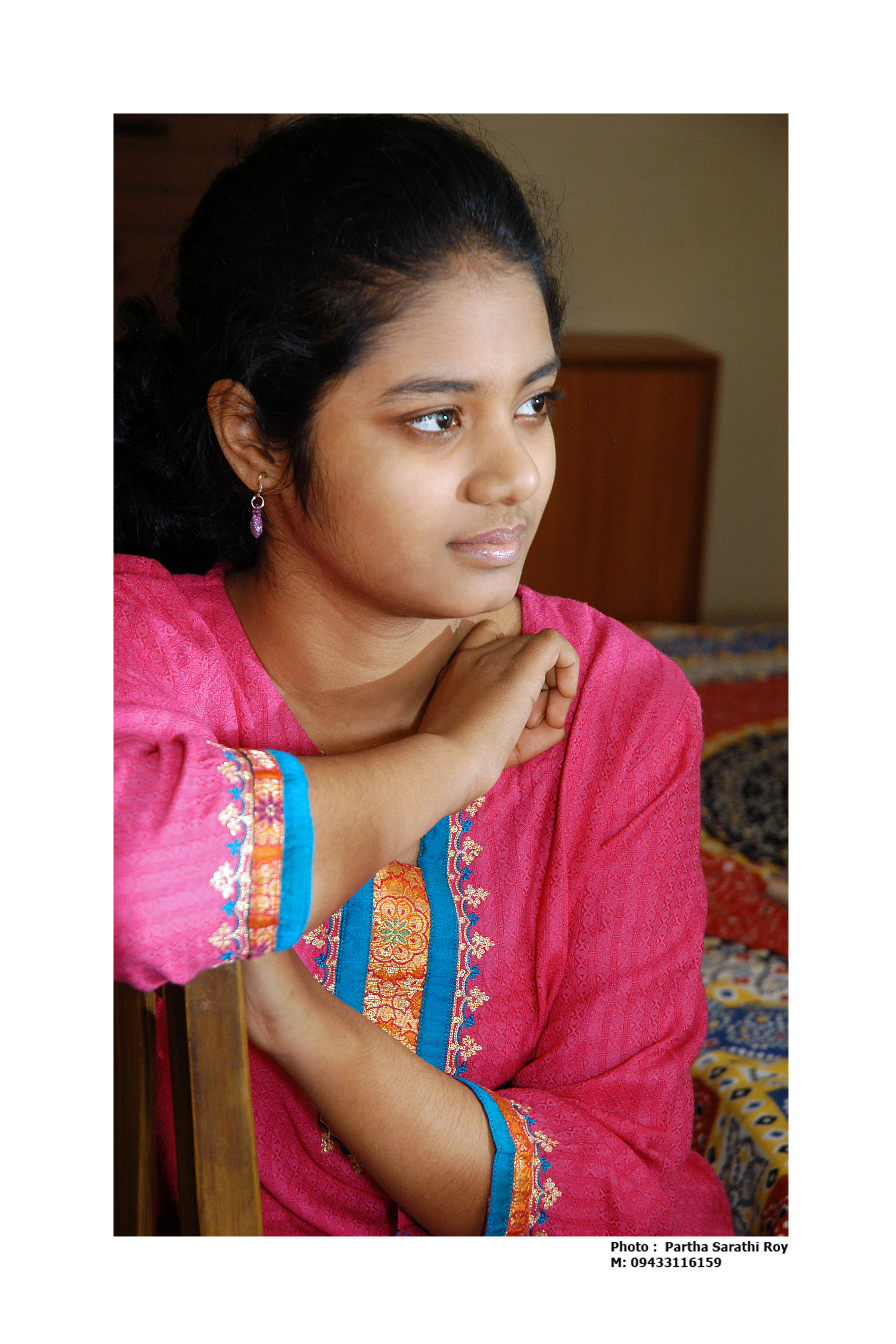 Ms.Anwesha Datta Gupta (born ) is a 14 year old singing prodigy who made her presence felt in the Indian music scene through the reality show , Chhote Ustaad. Anwesha was runner up in the finals, where the outcome was solely decided on the number of votes polled. She was the favorite of judges throughout the contest and had the sole distinction of bagging a 'Sarvottam' for all her performances. Anwesha is known for her soulful rendition of a classical based song from the movie - Mere Dholna. In terms of commercial playback singing, she has recently sung for a Bengali film "Khela" directed by the acclaimed . [cite web | work=The Telegraph| title=Chalo let’s go... glocal| url=http://www.telegraphindia.com/1080705/jsp/entertainment/story_9505404.jsp]

Anwesha is a student of LYCEE School Kolkata,India. She is the only child of Mita and Kushal Dattagupta. Anwesha's ambition is to become a playback singer in the music industry and she idolises her parents. Her favourite singer is and is her favorite actor. Anwesha does 4 hours of 'Riyaz'(practice) everyday. She also likes reading detective stories and enjoys cricket & football. [cite web | work=Indya.com | title=Chhote Ustaad(Star Plus) - Anwesha's Profile| url=http://www.indya.com/chhoteustaad/contestant_anwesha.html]

Anwesha achieved 1st Division with Distinction in Hindustani Vocal and under Bangiya Sangeet Parishad Examination(2002–03 & 2003-04). She also became one of the few recipients of the Jugal Srimal Talent Scholarship in Rabindra Sangeet, given by Tagore Foundation.

Anwesha was the Winner of "Young Talent Contest - 2004" in Indian Popular Vocal category (Junior) organized by the Calcutta school of Music. She has also won the All Bengal(Inter School) Music Competition 2006 organized by Smile World, an NGO.She was also the runner up at Amul Star Voice of India Cchote Ustaad the host of which was Abhas Joshi. [www.anweshadattagupta.com]

Anwesha performed in "Sabujer Deshe" in 2000 (ETV Bangla). She was a Mega Finalist in "Tarana" music competition (1st Schedule) which was telecast in January 2003 (ETV Bangla). In early 2007, she also participated in the musical game show "Antakshari"(Star Plus) where she represented East Zone. [http://www.anweshadattagupta.com]

Before Chhote Ustaad, Anwesha's major public appearance was in 2007 in the Sa Re Ga Ma Pa Bengali - kids special on Zee Bangla. She was the runner-up on this musical talent show. The seniors version of this show is known to have produced other good talents like .

In 2007-08, Anwesha participated in the juniors version of the popular musical reality show named Chhote Ustaad. A total of 12 finalists were shortlisted from over 600 entrants after rigorous rounds of auditions across the country. Anwesha was selected as a finalist through the Kolkatta auditions for Chhote Ustaad. [cite web | work=Webindia123.com | title=After Little Champs, Star's VOI-Chhote Ustad gives platform | url=http://news.webindia123.com/news/Articles/India/20071217/849962.html] . On the 13th October, 2007, as a contestant of the upcoming Chhote Ustaad show, Anwesha was invited to sing "Mann Kyon Behka" in the seniors version of the show, Amul Star Voice of India. [cite web | work=StarVoiceOfIndiaShow.com | title=Surprise Guests sing Mann Kyon Behka | url=http://starvoiceofindiashow.com/surprise-guests-sing-mann-kyon-behka/] She also appeared in the Grand Finale of this show, and shared the stage with other Chhote Ustaad contestants in their tribute to the legendary . [cite web | work=MumbaiNagaria.com | title=Chhote Ustaad contestants enthralled Lata ji | url=http://mumbainagaria.com/TV_1.htm]

In the Chhote Ustaad show, eminent musical personalities like , and were chosen to be the judges. Anwesha established herself as a judges favourite from her very first performance, for which she received a standing ovation from all the judges. After hearing this rendition, the celebrity guest compared her voice to . [cite web | work=Indya.com | title=Highlights of Episode 1 | url=http://www.indya.com/chhoteustaad/results/ep1.html] . In one of the subsequent episodes, also mentioned that her voice was very similar to that of Shreya. [cite web | work=India-Forums.com | title=Rajat Tokas in Voice of India - Chhote Ustaad | url=http://www.india-forums.com/tellybuzz/article.asp?id=1521]

Anwesha continued to showcase her ability in singing and versatility by taking up a wide variety of songs ranging from Folk and Melody to Rock and Classical. She remains the only contestant to get a "Sarvottam"(the highest grade) in all of her performances. Her talent was also recognised and appreciated by many of the celebrity guests including , , , Ustad Ghulam Ali, , , , , and .

However Anwesha's stint in Chhote Ustaad also had its share of controversies. During the course of the show, the organisers publicised that there was an ongoing dispute between Anwesha and Aishwarya, the eventual winner of the show. Also Anwesha, Aishwarya and a few other Chhote Ustaad contestants were involved in a protest against the entry of a new challenger by wearing black wrist bands. [cite web | work=IndianTelevision.com | title=Chhote Ustaads protest against Challenger on the show | url=http://www.indiantelevision.com/release/y2k8/jan/janrel86.php] But Aishwarya later revealed that both rumours were false in a recent interview. She confirmed that Anwesha had always been her best friend and the protest was scripted by the show organisers. [cite web | work=India-Forums.com | title=I felt great when I sang a song in Dill Mill Gayye-Aishwarya| url=http://www.india-forums.com/tellybuzz/article.asp?id=1792]

Though Anwesha was supported strongly by the judges, there was initial lack of support from her home audiences. As a result of this, she was relegated to "Scary Land"(acid test to avoid elimination) very often. At this juncture, few celebrities and stepped in and requested the audience to support Anwesha as she was a deserving contestant. [cite web | work=Indya.com | title=Highlights of Episode 17 | url=http://www.indya.com/chhoteustaad/results/ep17.html] Following this, the voting trend showed a marked improvement and Anwesha made it to the Top 2 with Aishwarya.

Chhote Ustaad became the first show of its kind to have an all female Grand Finale, between Aishwarya and Anwesha. Having captured unprecedented audience attention for months, the grand finale of Chhote Ustaad on the 5th April, 2008 at Goregaon Sports Club, Mumbai was touted as the clash of the little titans. The two girls - frayed nerves and last-minute diversions notwithstanding - were a picture of poise and professionalism, taking to the stage and belting out one hit number after another, as the audience kept cheering for more. The guest list on the Grand Finale included the legendary and for the promotion of their new release .

The two "A's" made it extremely difficult for the audience and the judges to decide who was better. If Anwesha looked the quintessential diva singing "Raat baki", then Aishwarya lent a new charm to the age-old classic "Tadbeer se". Anwesha managed to nose ahead towards the end with her flawless rendition of her now famous number "Mere Dholna", forcing the entire auditorium to its feet in a minute of spontaneous applause.

After a marathon session lasting up to four hours, Amitabh and Juhi along with judges Pritam, Kunal Ganjawala and Shreya Ghoshal took the stage and announced Aishwarya as the winner. Addressing the press after the show, Anwesha said, "We are both winners. This is a huge platform for me and I will use it to the maximum benefit. "Aami Kolkatar shobaike bolte chai aami aapnader bhalobashar jonyo eto door aashte perechhi". I will continue to give my best and make everyone proud of me". [cite web | work=The Telegraph | title=Little Champs On Song | url=http://www.telegraphindia.com/1080408/jsp/entertainment/story_9110511.jsp]

Anwesha was adjudged as the runner up on this show. In spite of that, she is amongst the youngest of singers to evoke such response through related forums, fan clubs and Youtube video links.

Also there were questions raised by the viewers of the show on the fairness of the final verdict as the breakup of the audience votes was never declared. As a result a petition was filed by fans of the young singer demanding the organisers to release this breakup. [cite web | work=GoPetition.com| title=Release final voting breakup: Chotte Ustaad finals aired on Star Plus| url=http://www.gopetition.com/online/18530.html ]

*Anwesha recorded her second playback song for a Bengali film "Khela" directed by , a famous Bengali Film Director on 6th May 2008.
*Anwesha got her first break as a commercial playback singer in the film (Music Director - Pritam) where she sings for Amrita Arora/Kareena Kapoor. [cite web | work=The Statesman | title= Pritam gives two Chhote Ustaad contestants an opportunity to sing in Golmaal Returns| url=http://www.thestatesman.net/page.arcview.php?date=2008-02-27&usrsess=1&clid=22&id=219628 ]

*She has sung the title song for the TV show Waar Parriwar by Gajendra Singh alongside Shaan.

*She will be recording a Bengali Album, which would release during the Pooja. [cite web | work=Indya.com | title=Highlights of Episode 24 | url=http://www.indya.com/chhoteustaad/results/ep24.html ]