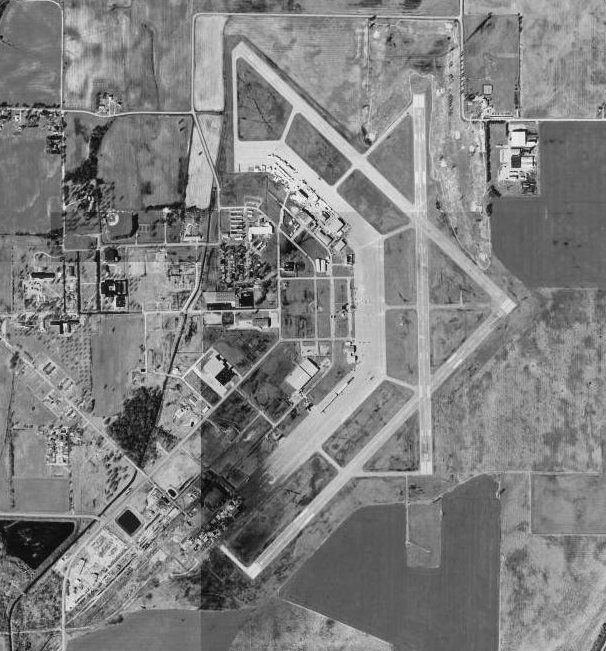 It is owned and operated by the city of Walnut Ridge.

The airfield was built in 1942/43 and opened in October 1943 as as Walnut Ridge Army Airfield and was used by the as a training base during . Walnut Ridge was commanded by the 324th Army Air Force Base Unit, being assiged to the AAF Southeast Training Center.

The Air Field was activated on August 15, 1942, with the arrival of the initial contingent of key military personnel. Ten days later, 100 troops arrived, but there was no housing available on the air field, so these troops were transported to and from the CCC camp, located at five-mile (8 km) springs, north of Pocahontas for the first 30 days.

Even though the airfield was planned and designed as an Army Airfield, for some time it appeared it would instead become an Advanced Glider School. As late as September 1942, preparations were being made for gliders, including requests for instructional materials, gliders and tow planes.

Meanwhile the first 3 classes of Aviation Cadets programmed for Walnut Ridge were sent to Blytheville, which was being built as an Advanced Twin Engine School. Blytheville was scarcely any better prepared than Walnut Ridge. Circus tents were utilized for operations headquarters and classrooms. The runways were not ready, so flying was done from oil-coated dirt strips.

Finally, near the end of September the Southeast Training Command at Maxwell Field clarified the situation concerning the Air Field's mission by announcing 102 Aviation Cadets and 3 Student Officers from Decatur, Alabama, and 20 Aviation Cadets from Camden, Arkansas, would be sent to Walnut Ridge for Basic Flight Training. For reasons unknown, the Advanced Glider School was established at Stuttgart, which was being built as an Advanced Twin-Engine School.

Four thousand, eight hundred and seventy-one (4,871) of the aircraft stored at Walnut Ridge, primarily fighters and bombers, were sold to Texas Railway Equipment Company in September 1946, to be scrapped. The bid price was $1,838,798.19. On the southwest corner of the ramp, two giant smelters were constructed to melt the scrap aluminum, which was formed into huge ingots for shipping.

The aircraft at Altus were put up for scrap bid in 1947, and sold on May 12, 1947, to Esperado Mining Company of Walnut Ridge. (Probably owned in whole or part by Texas Railway Equipment Company, the company that scrapped the warbirds at Walnut Ridge.)

By late 1947 scrapping had been completed at Clinton and the big five scrapping facilities, except Altus, which finished by mid 1948.

The tens of thousands of proud warbirds that had survived the enemy fighter planes and fierce anti-aircraft fire could not escape the smelters at Albuquerque, Altus, Kingman, Ontario, Walnut Ridge and Clinton.

At Walnut Ridge, the two smelters used to turn the proud Warbirds into aluminum ingots were torn down about 1951. In 1952 the City of Walnut Ridge used the firebricks from the smelters to construct an administration/terminal building on the site of the WWII Base Operations building.

In the early 1960s, Walnut Ridge was determined to be excess by the military and turned over to the local government for civil use.