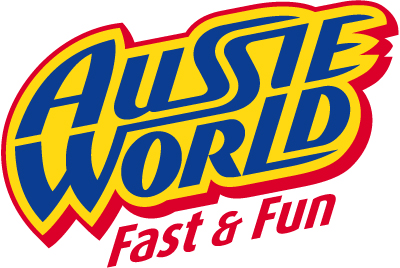 Aussie World is a family located behind the in the Australian state of on the , [http://www.aussieworld.com.au/web/how-to-get-here.html Aussie World - How to Get Here] . It is set in native Australian gardens and trees and themed like an Australian fairground of old.

The original creator of the was , who started drawing the Pub in 1959. It was made famous through his regular cartoons in The Australasian Post [ http://www.ettamogah.com/KenMaynard1.html - Ettamogah Mob:Ken Maynard] .

The Aussie World “” was built in 1989 and the word “Ettamogah” is for ‘place of good drink!’ Now one of ’s leading tourist attractions it stands an impressive 18m in height. It was opened on 24th November 1989, with most of the furniture inside the pub built from trees cleared from the actual site.

Why is there a truck on top of the pub? In the cartoon the theory is the truck was washed up there in the floods of 1946 [http://www.ettamogah.com/KenMaynard2.html Ettamogah Mob:Ken Maynard] and none of the regulars could be bothered to get it down. The car is a 1927 Chevy which originally was a 4 door sedan and was converted into a utility in 1947.

In 2005 the rides were updated to their current state including the , the Giant Octopus and the Rock n Roll Rebel Dark Ride.

In May, 2008, the owners of the popular Australian Wet n Wild theme park chain, Village Roadshow acquired the park from its original owners. The company plans to demolish the park and build a new Wet n Wild Water Park on the Aussie World site. [ [http://www.parkz.com.au/article/2008/05/20/206-Village-Roadshow-buys-Aussie-World.html Village Roadshow buys Aussie World - Parkz: Theme Parks in Australia and across the globe! ] ]

*The Ferris Wheel - the second largest in the