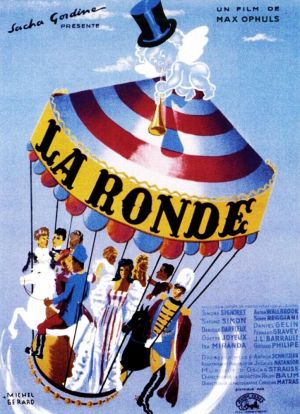 "La Ronde" ("Roundabout") is a movie, directed by based on Schnitzler's 1897 play of the same name. It tells a series of stories about love affairs: at the end of each, one of the partners forms a liaison with another person, and so on.