The Ark (Doctor Who)

The Ark (Doctor Who)

The Monoids were played by actors, each holding a ball in his mouth to represent the alien's single eye. The upper portion of the actor's face was hidden by a Beatle wig. 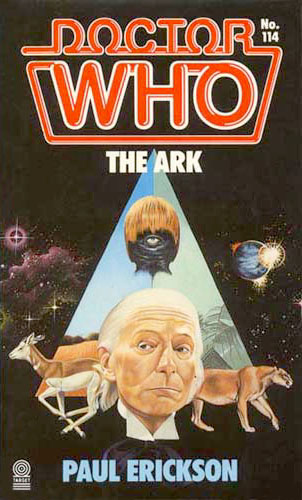 This story was released on , in 1998. It was later released on CD, with linking narration by Peter Purves. The CD also includes an interview with Peter about this story and his time on Doctor Who. This CD is available as an Audio Book on the .

A novelisation of this serial, written by , was published by in October 1986.