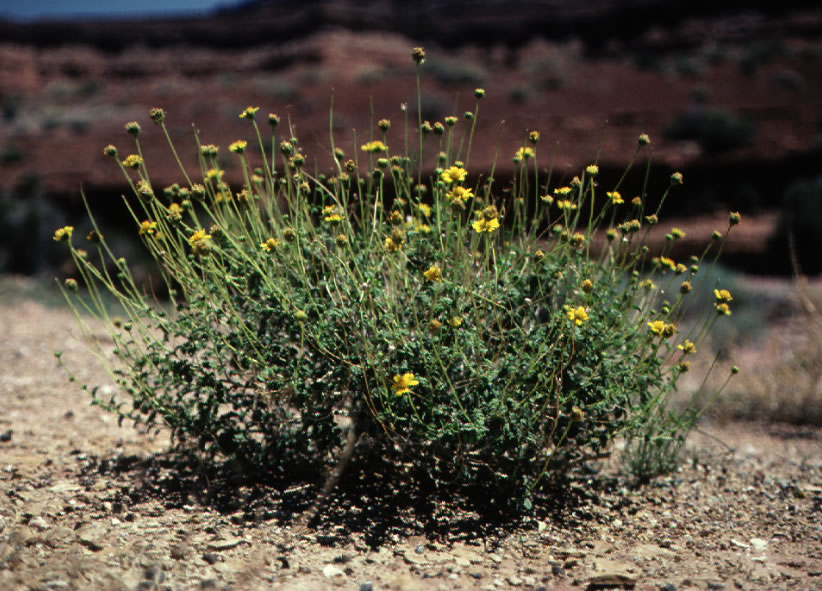 This species is a shrub ranging in height from 40 to 150 cm. The trunk, which becomes fissured with age, supports slender stems. The leaves, which range between 10 and 25 mm in length, are ovate or lanceolate and are usually pointed at the tips. The yellow flowerheads are borne singly, appearing between May and July (late fall to mid-summer) in their native range. These have 8-13 s.

The species is found at elevations between 1100 and 1700 metres in the states of and in soils derived from .