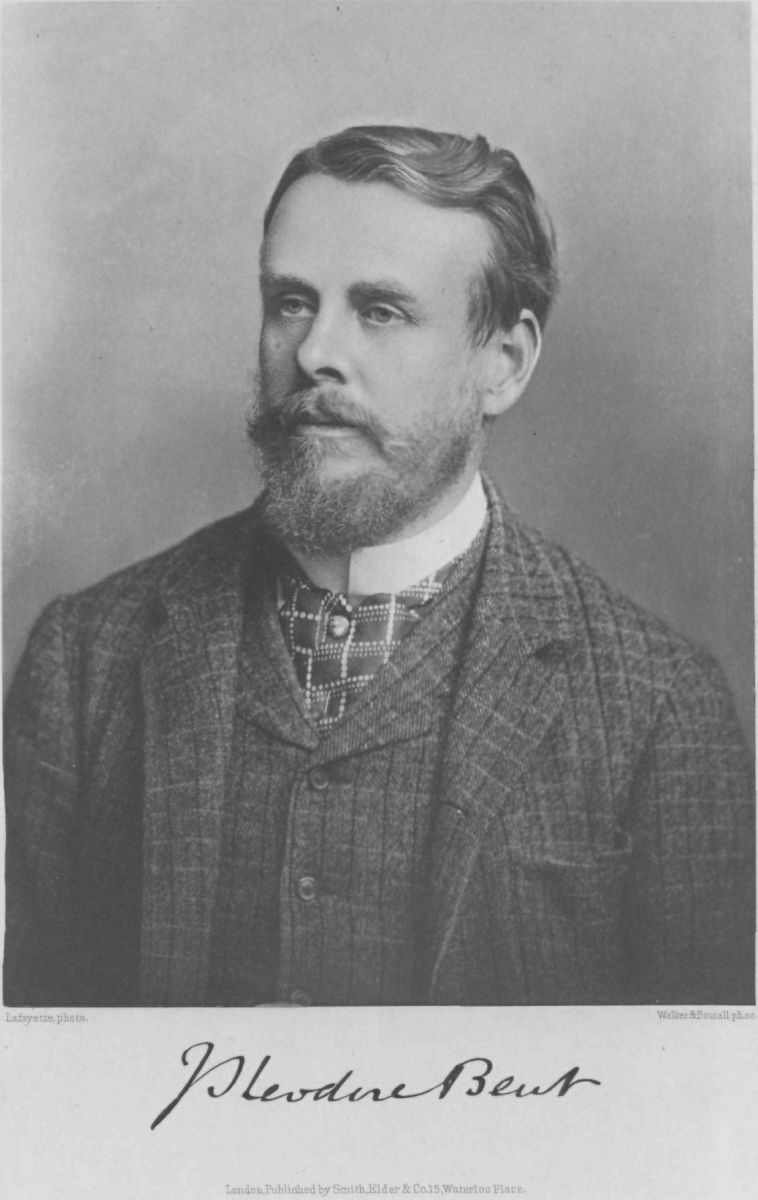 James Theodore Bent was the son of James Bent of Baildon House, near , , where he was born. He was educated at and , where he graduated in 1875. In 1877 he married Mabel, daughter of R. W. Hall-Dare of Newtownbarry, , and she became his companion in all his travels. He went abroad every year and became thoroughly acquainted with and . In 1879 he published a book on the republic of , entitled "A Freak of Freedom", and was made a citizen of San Marino; in the following year appeared "Genoa: How the Republic Rose and Fell", and in 188x a "Life of Giuseppe Garibaldi". He spent considerable time in the Aegean archipelago, of which he wrote in "The Cyclades: or Life among the Insular Greeks" (1885).

From this period Bent devoted himself particularly to archaeological research. The years 1885-1888 were given up to investigations in , his discoveries and conclusions being communicated to the "Journal of Hellenic Studies" and other magazines and reviews. In 1889 he undertook excavations in the of the , and found evidence that they had been a primitive home of the n race. After an expedition in 1890 to , where he obtained a valuable collection of inscriptions, Bent spent a year in , with the object, by investigation of some of the ruins in , of throwing light on the vexed question of their origin and on the early history of . He made the first detailed examination of the . Bent described his work in "The Ruined Cities of Mashonaland" (1892). In 1893 he investigated the ruins of and other places in the north of Abyssinia, partially made known before by the researches of Henry Salt and others, and "The Sacred City of the Ethiopians" (1893) gave an account of this expedition.

Bent now visited at considerable risk the almost unknown country (1893-1894), and during this and later journeys in southern he studied the ancient history of the country, its physical features and actual condition. On the coast in 1894-1895 he visited ruins which he identified with the of the merchants. In 1895 1896 he examined part of the African coast of the , finding there the ruins of a very ancient gold-mine and traces of what he considered influence. While on another journey in South Arabia (1896-1897), Bent was seized with , and died in on the 5th of May 1897, a few days after his return.

Mrs Bent, who had contributed by her skill as a photographer and in other ways to the success of her husband's journeys, published in 1900 "Southern Arabia, Soudan and Sakotra", in which were given the results of their last expedition into that region. The conclusions at which Bent arrived as to the Semitic origin of the ruins in Mashonaland have not been accepted by archaeologists, but the value of his pioneer work is undeniable.

* [http://www.gutenberg.org/etext/21569 Southern Arabia] by Mabel Bent and Theodore Bent
* [http://www.hebeonline.com/files/freewhole/bent/ch18.pdf An 1885 travel guide to Keos (Zea), an excerpt from "The Cyclades: or Life among the Insular Greeks"]