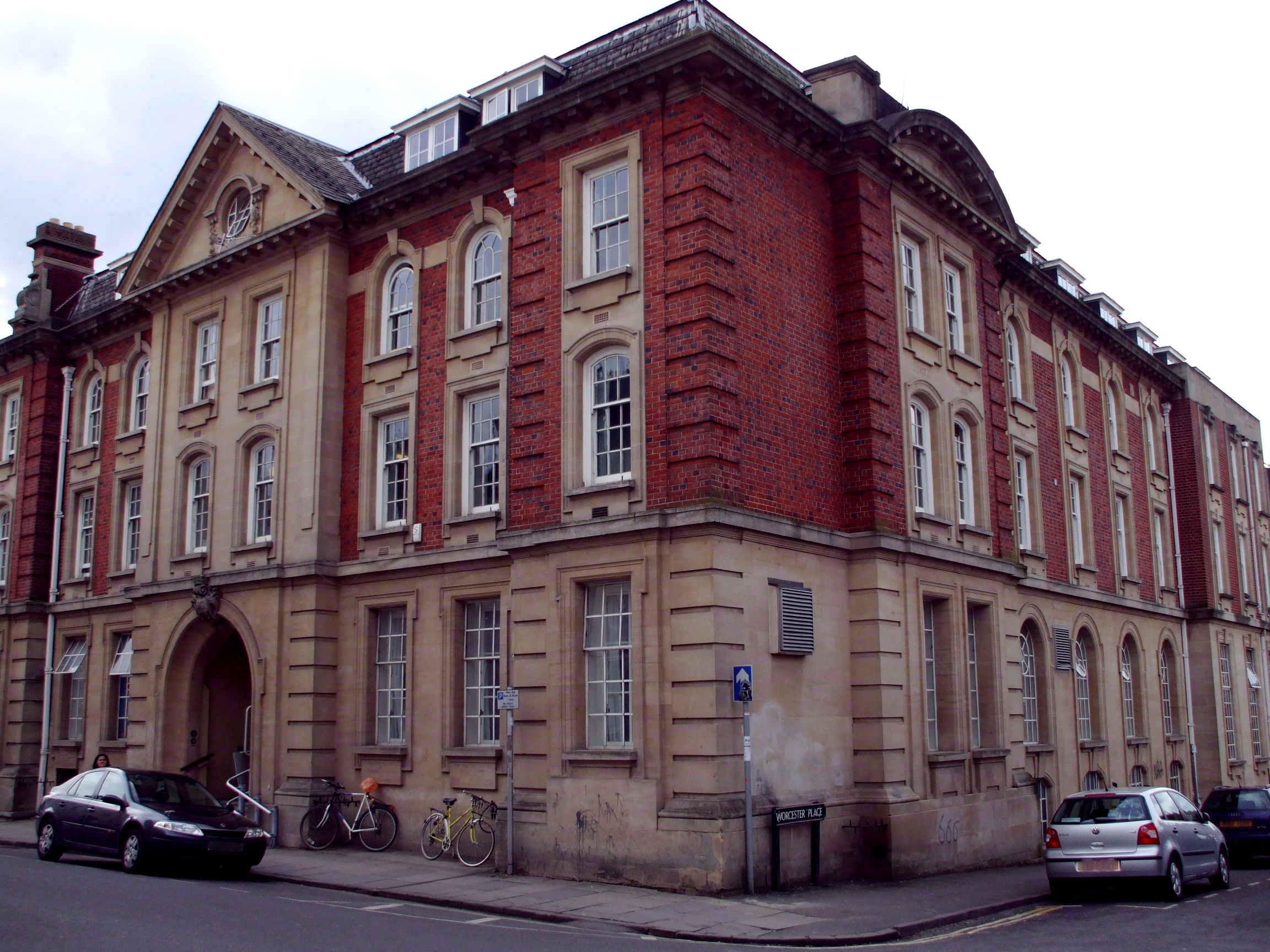 Ruskin College is an independent educational institution in , . It is named after the essayist and social critic (1819–1900) and specialises in providing educational opportunities for adults with few or no qualifications. The college is not part of the University of Oxford, but strong relations with the University allow special privileges such as attending lectures and the use of most facilities. Ruskin College is among the eight non-university institutions whose members are eligible for Long-Term Temporary Membership in the . [ [http://www.oxford-union.org/__data/assets/pdf_file/0012/723/Union_Rules.pdf The Rules, Standing Orders, and Special Schedules of the Oxford Union Society] ]

The mission of the has always been to provide educational opportunities to adults who are excluded and disadvantaged, and to transform the individuals concerned along with the communities, groups and societies from which they come, the only change having been to personalise the language (away from ‘the excluded’, who do not sound like people) in line with growing equalities awareness. The mission statement is two-fold:

* The first aim, that of giving individuals a second chance in education, continues to be achieved by admitting those with few or no formal qualifications to courses of study that can result in, or lead on to, university-level qualifications.
* The second aim, the transformational element of the mission, is evidenced by the fact that the most frequent thing former students say about Ruskin is that it changed their lives. Students, whether or not they themselves are resident, benefit from studying in a setting with a strong sense of academic community and from the intensive tutorial teaching that Ruskin offers. The College is also transformational because it sees education as a vehicle for progressive social change.

Ruskin tends towards a curriculum that has high social relevance, students who want to make a difference in the world, and forms of academic scholarship and research that are engaged and applied.

Ruskin’s mission is also pursued by means of strong historical links, nationally and internationally, with the labour and trade union movement, other social movements and activism around social issues (e.g., anti-), as well as with local communities, for example through the Social Work and Youth and Community Work programmes.

Ruskin College was established in specifically to provide educational opportunities for working class men, who were denied access to university. It was deliberately placed in , the city in which its young American founders the s had studied, because the city symbolised the educational privilege and standards to which ordinary people could never previously have aspired.

Ruskin College became, in turn, a symbol of working people’s education. It served as a model for labour colleges around the world, and Gandhi made a point of visiting during a brief stay in Oxford in because he had been so inspired by the writings of on workers’ education, just as the College founders had been.

Ruskin College was a secular sister-school to until Plater's closing in 2005. [ [http://www.timeshighereducation.co.uk/story.asp?storyCode=200278&sectioncode=26 Philpot, Terry No second chance for giver of fresh starts. "Times Higher Education" December 9, 2005] ]

Student enrolments at Ruskin in 2005–2006 reached their highest ever number in the College’s history. Enrolments on long courses were 294 in total across a range of undergraduate and postgraduate programmes. Short course enrolments reached 5,187 in total, including trade union courses, residential short courses and the largest ever Summer School.

In 2005-06, there were 78 full-time equivalent academic staff of whom 26 were teaching staff and 13 teaching support services staff. Progression rates are excellent, with 87% of students on undergraduate-level Humanities courses at Ruskin having come via short courses there, and a majority of students on long courses going on to degree-level study, both at Ruskin and elsewhere. Ruskin students go on to jobs in professional, trade union and political settings, amongst others.

Ruskin’s educational work may be divided into further education activity (including short courses and external trade union courses), supported by the Learning and Skills Council (LSC), and higher education work, funded by the Higher Education Funding Council for England (HEFCE) and validated by the Open University Validation Services (OUVS).

The is an alumni association for ex-Ruskin College students and staff. Independent of but associated with the College, the Fellowship aims to support the work and ethos of the College in offering university-level education to disadvantaged adults in Britain. There is also a post graduate programme and an international section involving: International Labour and Trade Union Studies; Webb and Chevening Scholars.

The Ruskin Students Union is known for its political and social endeavours. Recently it has actively protested against fascism at the when it invited the leader of the BNP to speak, and it has also given support to the striking nurses in the Karren Reissmann dispute.Fact|date=May 2008

Notable former executive members of the RSU include John Prescott and Jack Ashley.

In 1908, a group of Ruskin students, dissatisfied with its education policy which they viewed as too pro-establishment and imbued with elements of "social control", formed the . The students revolt was supported by the Principal, Dennis Hird, and following his dismissal the students took strike action, refusing to attend lectures. [ [http://www.pstalker.com/echo/sk_ruskin.html Jericho Echo ] ] [ [http://www.unionhistory.info/timeline/Tl_Display.php?irn=100170 TUC | History Online ] ]

Relocation of the College

In the past several people have considered relocating the main college site. In 2005-8 the current principal seeks to sell the Walton Street building and carry out a £16m construction programme at the site in Old Headington which has been used in addition to Walton Street since 1946, making it the headquarters. There are protests from the students, staff and fellowship members against such a move. [Reg Little, "A very Ruskin kind of rumpus", Oxford Times 14/3/08).]