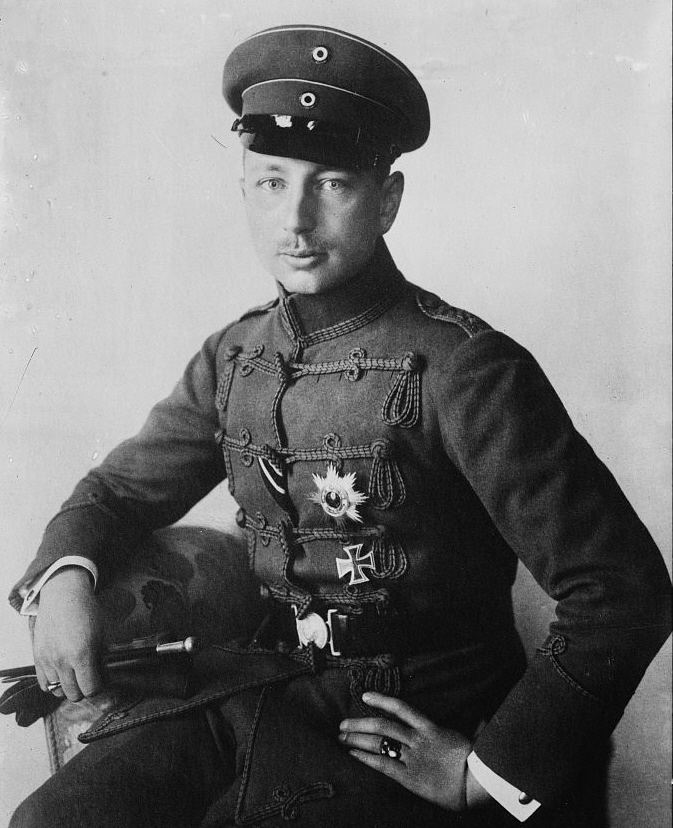 Prince Joachim Franz Humbert of Prussia ( - ) was the youngest son of , by his first wife, Duchess Augusta Viktoria of Schleswig-Holstein.

During the in , in 1916 some republican leaders contemplated giving the throne of an independent Ireland to Prince Joachim. [referred to on page 324 in 'Daisy, Princess of Pless' ed. Desmond Chapman-Huston, Murray, London 1928, ASIN: B00086RUJU]

After his father's abdication, Joachim was unable to accept his new status as a commoner and fell into a deep depression, finally committing suicide by gunshot on , .

Prince Karl married lastly, on in , , to Dona Eva Maria Herrera y Valdeavellano ( , - , ). They were married until Prince Karl's death and had two daughters;