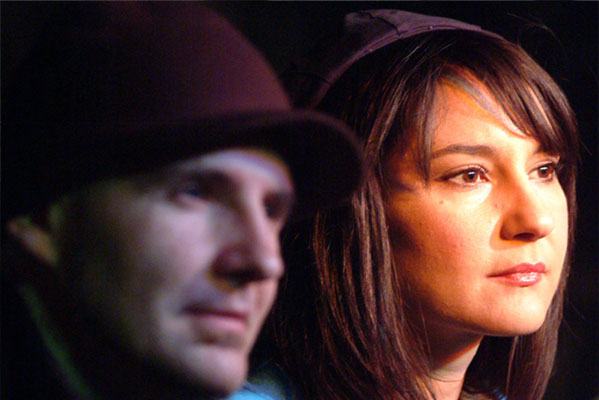 Amaral is a music group from , . The band consists of () and (). They write their songs together. Eva Amaral started out as a in another group until she set out with Aguirre to play her own material in . Their musical style is often called , but it is often fused with Latin beats, , , and complex poetic . Juan Aguirre was born in San Sebastián (also known as Donostia) in the Guipúzcoa province of Spain. He spent his childhood in the town of and currently resides in .

The Song "Si tú no vuelves" ("If you don't come back"), is a cover song of , and It's sung together with , and appears on the soundtrack of the film "Efectos Secundarios".